‘It felt like a Budget rather than an economic statement and it was all good news from the Chancellor, Rishi Sunak. Employment rightly took front and centre stage, with many becoming concerned that the UK will see record unemployment in 2020.

The furlough scheme will be closed in October and it will be replaced by a £1,000 Jobs Retention Bonus for employers who retain a furloughed worker through to January, at a cost of £9 billion to the Treasury – this is significant when the original version of the furlough scheme was expected to cost £30 billion.  It’s a really novel move by Rishi Sunak, as he was coming under pressure for some quarters to extend the furlough scheme for certain sectors – the Job Retention Bonus puts that firmly to bed, and continues with the theme that all jobs are equally valuable, no matter what sector they are in.

The difficulty with the Job Retention Bonus is that it falls away immediately as it is paid – it could encourage businesses to keep going through the winter to receive the bonus in the new year, but the true test for businesses will be the trading and economic climate during the Christmas period.  Many businesses are highly seasonal, and only making a profit in the run-up to Christmas.  More than previous years, there could still be a high number of business casualties in early 2021, and like many of the Government support schemes, is the Job Retention Bonus simply prolonging the inevitable?

The Chancellor also announced a completely new apprentices’ scheme worth up to £2,000 per worker under his #PlanForJobs banner.  It will be interesting to see the take-up of the scheme and whether businesses will choose to prioritise experienced workers over the forthcoming months.

The widely rumoured cut to Stamp Duty Land Tax (‘SDLT’) was announced by the Chancellor with much fanfare – it was a great move by the Government, and they will hope that the movement in the housing market will accelerate. The housing market had already seen significant movement following the easing of lockdown, so it’s questionable whether such a cut was needed.  The Government will expect that increasing activity in the housing sector will have a knock-on effect for estate agents, removals, mortgage lenders and retail as people aim to beat the 31 March 2021 deadline.  I wouldn’t be surprised if the change was made permanent.  We should also remember that the new 2% foreign buyer surcharge takes effect from April 2021, so the Treasury will have additional SDLT revenue on its way. However, that increased revenue was intended to be directed to supporting the homeless, so it would be highly controversial for the Government to use that cashflow to making the SDLT reduction a permanent fixture.

The VAT reduction to 5% for the tourism and hospitality showed Government support to a sector that has been the worst-hit during the pandemic.  It was a step too far to have a VAT reduction across the board, as was the case in 2008 following the global financial crisis.  It remains to be seen whether VAT could be reduced to 17.5% in the new year.

I would have liked to have seen more support for business investment – there has been frustration from private businesses on access funding, and a number of the coronavirus loan schemes introduced by the Government haven’t worked.  An extension to the Enterprise Investment Scheme (‘EIS’) would have been very welcomed, and reversing the entrepreneurs’ relief cut announced at the March Budget would have signalled greater support for the UK’s private business community.

Whilst it was all good news, you can’t help but think that Chancellor will deliver some bad news at the Autumn Budget.  The significant Government support throughout the pandemic and the latest measures all come at a cost – the furlough scheme and Job Retention Bonus will cost over £100 billion.  There has been speculation that there will be a universal increase to income tax, higher capital gains tax, the introduction of a wealth tax and NHS surcharge. It’s inevitable that taxes do need to increase, and I suspect the Chancellor is saving that for a possible bleak winter.” 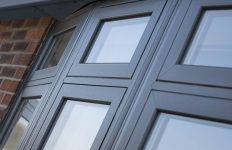 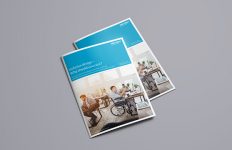 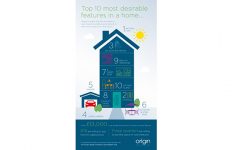 British Homeowners Spend £13,000 On Added Extras For Their Homes→ 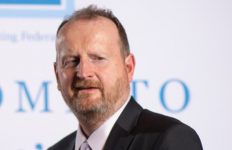