Britain’s aging housing stock means many of our homes were built in sash windows’ nineteenth-century heyday. That means there are huge opportunities for installers who can help homeowners return their properties to their former glory, argues Victorian Sliders Group Managing Director Andy Jones.

Did you know that nearly six million UK homes were built before 1919?

That was one of the key findings of the latest BRE report – a comprehensive study of the housing stock in England, Wales, Scotland and Northern Ireland.

So what’s the significance of all this?

It means that over a fifth of Britain’s homes are very likely to have been fitted with sash windows when they were first constructed.

They were designed to suit the timeless aesthetics of sash windows – and don’t look quite right when they’re fitted with anything else.

Of course, as those of us in fenestration know very well, thousands of original timber sash windows have been ripped out and replaced over the last century – mostly with white PVCu casements that often clash horribly with the surrounding architecture.

But it seems that the people that own those nearly six million pre-1919 houses are now seeking to restore those original aesthetics.

Over the last ten years, interest in modern sash windows – that balance the classic looks with twenty-first-century performance – has soared, and at Victorian Sliders, our business has boomed.

With products like our own hugely popular ECOSlide window, installers can easily break into that highly lucrative market – showing homeowners how modern materials allow them to offer authentic aesthetics, along with easy maintenance and robust security.

However, the BRE’s findings are important for another reason, too. Their report proves that Britain has one of the oldest housing stocks in the world.

That’s hugely significant, because the older a building is, the less energy-efficient it is – and given that Britain has committed to reducing its carbon emissions to net zero by 2050, improving the energy efficiency of the country’s oldest properties will be a major priority in the years ahead.

Researchers from German technology company tado GmbH studied the thermal efficiency of 80,000 houses across Europe, and found that British ones lose heat up to three times faster than those in other European countries.

They measured the drop in temperature in homes from several European nations over five hours, when it was 20°C inside, and 0°C outside.

In the years to come, that means there’s going to be a huge market for products that can do two things – provide a convenient and cost effective way of bringing back classic sash window aesthetics to older homes, and offer exceptional thermal performance.

ECOSlide does both. It can be supplied with vintage features like run-through sash horns, and soon, a deep bottom rail – and it comes with A window energy ratings as standard, or A+ rated with Argon gas.

In other words, it’s the perfect product to drive growth and sales in your business in the months and years ahead – and if you’d like to learn more, don’t hesitate to call Victorian Sliders on 01269 846200 today. 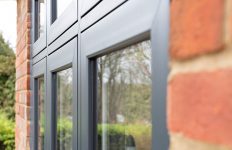 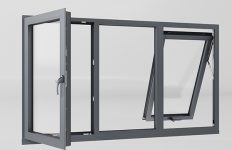 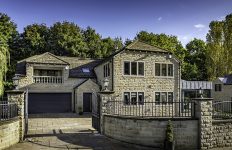 A Stellar Job For Abbey Windows→ 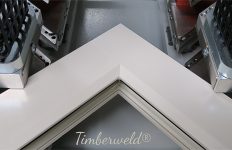