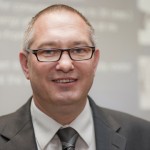 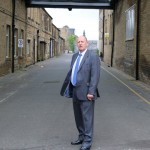 SEH BAC celebrated smashing £1m in sales in a single week in January – a record for the South East company. It seems the boom within the industry is set to continue. Looking to the future, FENSA Approved installers have been asked for their views in a survey towards the publication of the new, revised Building Regulations due for publication later this year which include making trickle vents mandatory together with the lowering of u-values and the increase in WER/DSER bandings for windows and doors.

Elsewhere, trade fabricator Modplan has made several strategic investments across the business, which has opened up new opportunities and provided additional capacity to support their long-term growth efforts. Also this week, Ultraframe has launched a striking new marketing campaign to highlight the key selling points of its Ultraroof tiled roof system. The new adverts, which feature animals such as cows and sheep, are sure to catch the attention of the industry!

To finish this week on a charitable note, there was a rosy glow amongst the team at hardware specialist, UAP Ltd on Monday, as the team dressed in red to support World Encephalitis Day on 22nd February for the Encephalitis Society. Thanks to the pandemic, the UAP team has largely been working from home for the past year but social distancing couldn’t stop the fun with many of the team getting their four-legged ‘office assistants’ involved!