Mike Rigby, founder of full service marketing agency MRA Marketing, was honoured with the Lifetime Achievement Award at the recent Builders’ Merchants Awards. With more than 40 years’ experience in the construction industry, Mike was recognised for his contribution to merchanting.

Prior to setting up MRA Marketing, Mike worked for Dulux Paints, a national builders’ merchants (UBM Building Supplies) and was also MD of a small fast-growing listed plc. The company states, since launching MRA in 1991 and growing it to be the UK’s no.1 construction marketing company, Mike has continued to be very active in the merchanting industry. He is a Liveryman of the Worshipful Company of Builders’ Merchants, a longstanding judge of the Builders’ Merchants Awards and a keen supporter and advocate of sector initiatives, including the WCoBM #BuildACareerWithoutLimits campaign to highlight the career opportunities in merchanting.

Perhaps Mike’s biggest impact on the sector has been his development of the Builders’ Merchant Building Index (BMBI). After identifying a lack of a credible measure of RMI activity in the UK, claims the company, Mike came up with the BMBI and launched it in 2015. Acting as a brand of the BMF, BMBI uses data from GfK’s ground-breaking Builders Merchants Panel, which analyses data from over 80% of generalist builders’ merchants’ sales throughout Great Britain. In addition to providing vital market intelligence, BMBI offers a platform for the industry and the BMF to build awareness and understanding of markets and leading brands.

One of Mike’s aims was for BMBI to become a recognised index for construction by Government, economists, business and the media. In February 2019 the Sunday Times mentioned BMBI in reference to Brexit preparations, and the Department for Business, Energy & Industrial Strategy lists BMBI as one of its sources.

Commenting on his win, Mike says: “This award is very unexpected. I didn’t realise it was possible for someone who is not a builders’ merchant to win! The merchanting sector has been hugely important and influential throughout my career, so to be recognised in this way is very special. I also have to pay tribute to the team we’ve built at MRA, because it is a team effort – it has to be.”

Clearly a popular winner, Mike enjoyed a standing ovation from the attendees at the awards ceremony on 22nd November as he was presented with his award by Dame Kelly Holmes MBE.

“The lifetime achievement award is a very prestigious industry award, so I was extremely proud when my team asked if they could put Mike forward for it,” says Lucia Di Stazio, Managing Director, MRA Marketing. “Mike’s knowledge and experience of markets and his strategic insight has transformed many businesses in the sector. His exceptional drive, his overriding commitment to the construction industry, our customers, and our team, make Mike truly deserving of this award.” 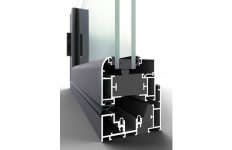 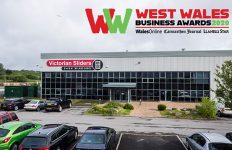 Victorian Sliders In The Running For Prestigious Business Award→ 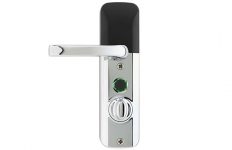 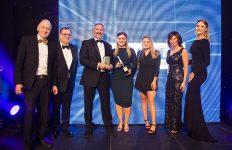 Quickslide Coined As Calderdale Business Of The Year 2019→