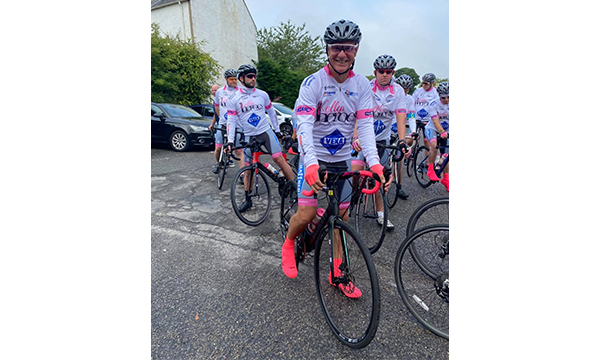 When Glazerite UK Group’s Chairman John Hewitt and a group of friends and family set off on an epic 1,000-mile cycle ride last summer, the team – nicknamed Kelly’s Heroes – were hoping to raise £20,000 for the charity, We Mind & Kelly Matters.  Seven months on however and the 12-strong team, who cycled from John O’Groats to Land’s End in just two weeks, have smashed the original target to raise a staggering £130,267.56.

John has been overwhelmed with the huge support shown by the industry, and says: ”We are immensely grateful to everyone who supported us on the challenge, from the donations and sponsorship through to the well wishes and messages we received on our journey. It shows how big-hearted, caring and generous this industry is.”

Glazerite supplier DOORCO has also thrown its weight behind We Mind & Kelly Matters with a number of initiatives, including its Pink Door campaign. 20% of all door blanks sold from the four-door range, which have been created in Kelly’s favourite colour, are being donated to We Mind & Kelly Matters, with over £350 donated so far. In addition, DOORCO’s founders Jayne and Dan Sullivan’s 12-year-old son Raf has undertaken an incredible fundraising effort in the form of a 117km run and cycle challenge to raise money for We Mind & Kelly Matters. Raf, who has already raised over £10,000, can be sponsored here: uk.virginmoneygiving.com/Team/RafsTriptoWales

John adds: ”We’re so overwhelmed and delighted to have been able to raise so much and to be able to put it all towards educating people on mental health issues and suicide prevention. The money raised means We Mind & Kelly Matters has been able to roll out a number of new services for 2021, including a live text chat service for people in mental health crisis, and community support in Northamptonshire’s schools and workplaces.

“2020 was a tough year for everyone. It’s our aim to help as many people as possible and do as much as we can and it’s thanks to the support we’ve received from the industry and the incredible fundraising efforts of people like Raf Sullivan that we are able to continue to do so.”

We Mind & Kelly Matters has a number of fundraising activities being planned for 2021 and 2022, with John adding: “We’ve got some amazing events coming up including a World Record attempt, so watch this space!” 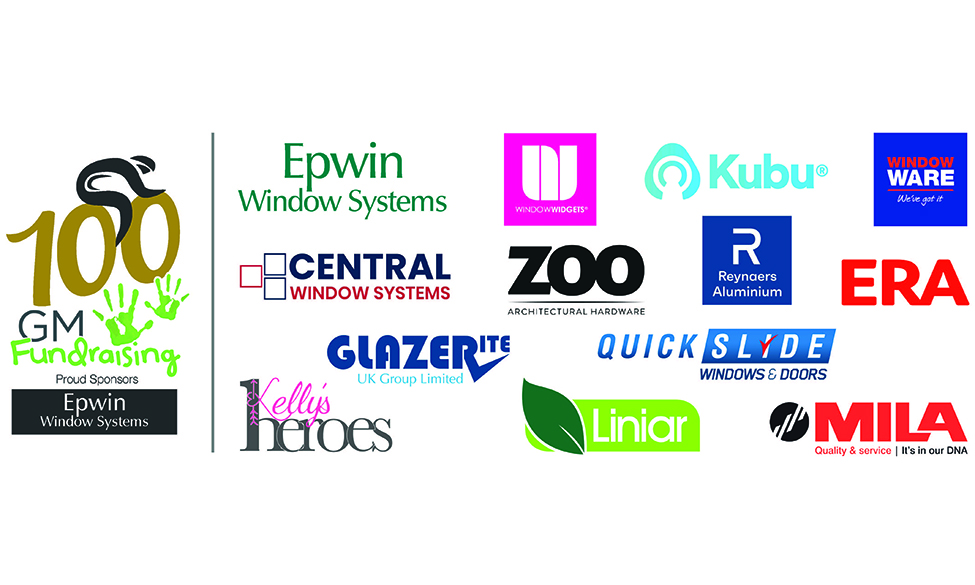 Industry charity fundraiser GM Fundraising has announced that 91 riders have now signed for their new GMF100 cycling challenge, which is taking place on Sunday 8th August, 2021. All funds raised will go to Hope House Children’s Hospices, which provides palliative...

END_OF_DOCUMENT_TOKEN_TO_BE_REPLACED 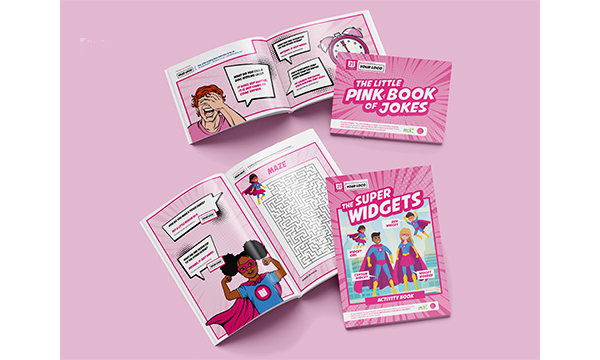 Knock, Knock…Who’s There? The Little Pink Book Of Jokes

As 21st birthday celebrations continue, Window Widgets have launched a fun and exciting charity campaign to help collate content for their Little Pink Book of Jokes, which everyone has the opportunity to be part of. Everyone across the industry is encouraged to...

END_OF_DOCUMENT_TOKEN_TO_BE_REPLACED 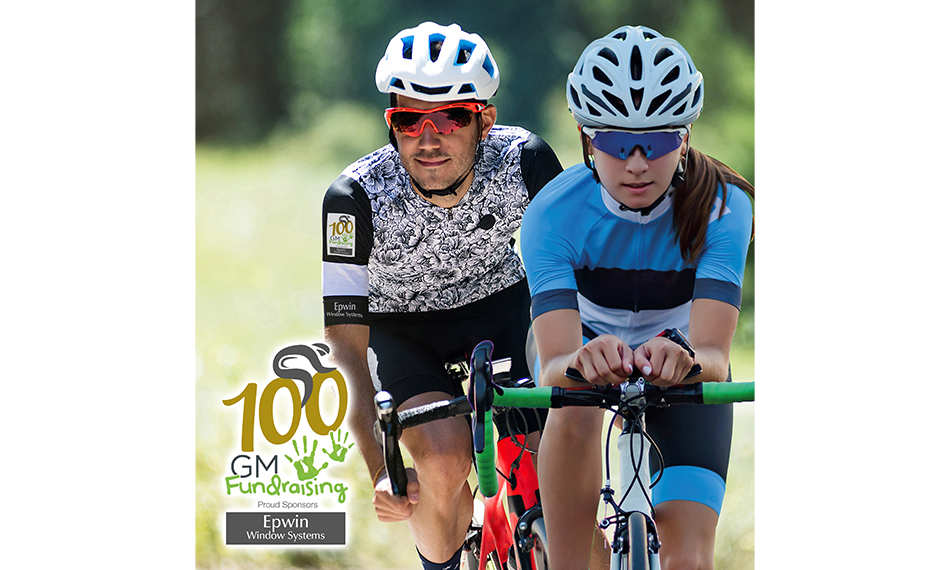 Industry charity fundraiser GM Fundraising has just launched a new team cycling challenge, which will be held on Sunday 8th August 2021. The event, called the ‘GMF 100’ is a cycling challenge and is being sponsored by Epwin Window Systems. All funds raised will go...

END_OF_DOCUMENT_TOKEN_TO_BE_REPLACED 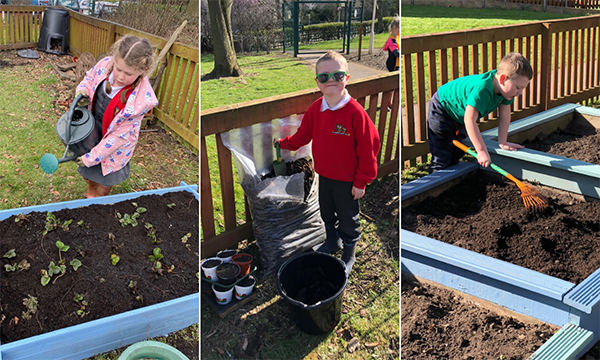 The students of Longroyde Primary School in West Yorkshire have been busy creating and cultivating green spaces as part of their ‘Easter Garden Project’, thanks to a £500 donation from Morley Glass & Glazing’s GreenVision Fund. Children have planned the garden...

END_OF_DOCUMENT_TOKEN_TO_BE_REPLACED 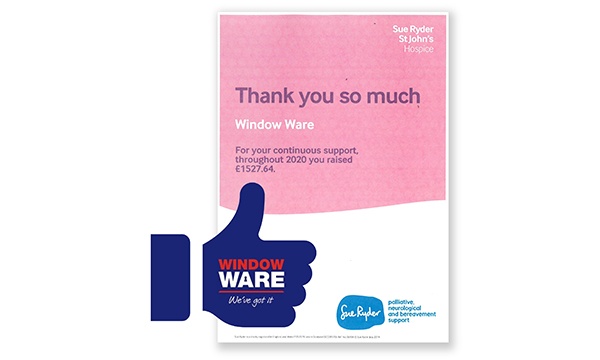 Staff at Window Ware did not let the coronavirus pandemic stop them going the extra mile for Sue Ryder St John’s Hospice in Moggerhanger last year. The Bedford-based hardware distributor managed to raise an amazing £1,571.64 for its nominated charity, which...

END_OF_DOCUMENT_TOKEN_TO_BE_REPLACED 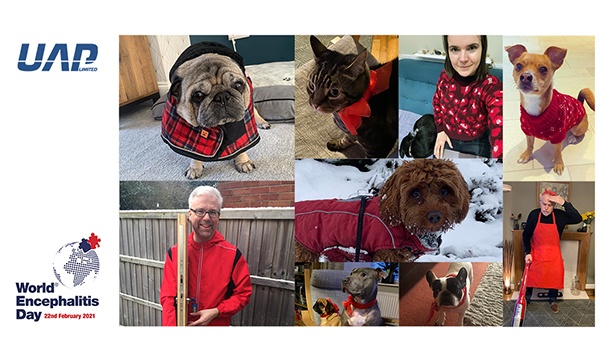 From Directors To Dogs, The UAP Team Were All Dressed Up For World Encephalitis Day

There was a rosy glow amongst the team at hardware specialist, UAP Ltd, on Monday, as the team dressed in red to support World Encephalitis Day on 22nd February for the Encephalitis Society. Thanks to the pandemic, the UAP team has largely been working from home...

END_OF_DOCUMENT_TOKEN_TO_BE_REPLACED 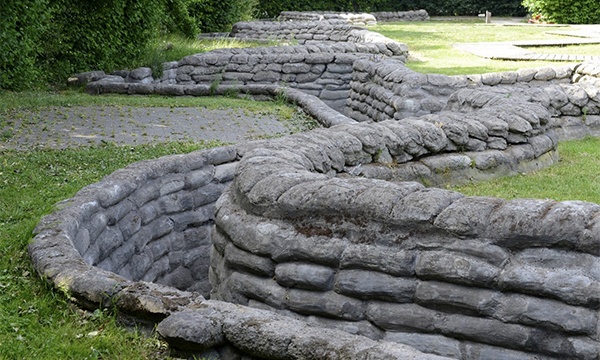 Leeds-based Morley Glass & Glazing has pledged £500 to help fund repairs to an important piece of Yorkshire’s World War One heritage. Morley’s contribution to the Yorkshire Trench is its first donation from its GreenVision Fund, where is uses the money it...

END_OF_DOCUMENT_TOKEN_TO_BE_REPLACED 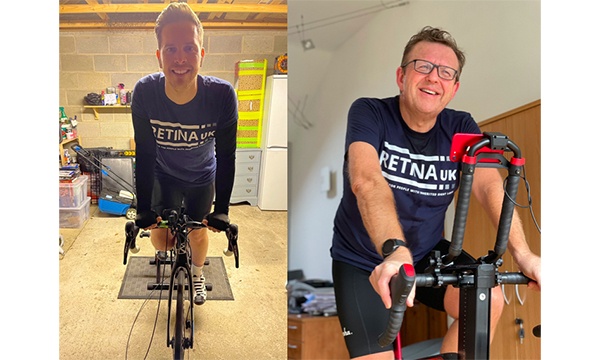 Taking On The Bank!

Image Above: Martin Nettleton from Euroglaze (right) has challenged his Barclays Bank manager, Daniel Firth (left), to a 1000km virtual bike ride to raise money for Retina UK. Lockdown may have put the brakes on Euroglaze’s fundraising campaign for Retina UK...

END_OF_DOCUMENT_TOKEN_TO_BE_REPLACED 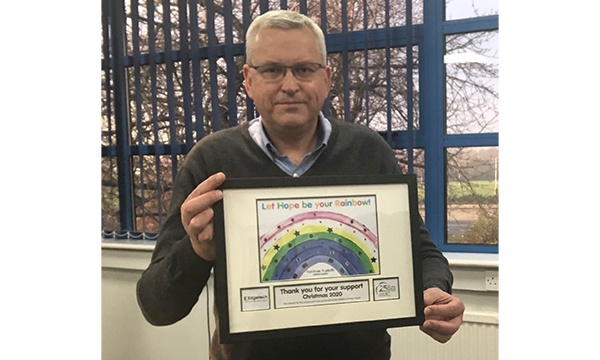 Edgetech Continues To Support Worthy Causes Despite The Challenges Of 2020

Image Above: Edgetech Managing Director, Chris Alderson Coronavirus has affected every part of society in one way or another – but the charity sector has been especially hard hit. With charity shops around the country ordered to close, and hundreds of critical...