VEKA’s installer support organisation, Independent Network, held its annual Members’ Weekend on 8th June 2019, in the grand surroundings of The Queen’s Hotel in Leeds. Following on from the VEKA conference and AGM, the ‘Great Gatsby’ themed Gala Dinner and IN Awards ceremony was hosted by Star Wars and Harry Potter actor Warwick Davis, with guests gathering together to celebrate the best of the IN and its members.

As one of the event’s key sponsors and a leading VEKA fabricator, employees from the Glazerite UK Group Ltd were in attendance alongside a number of its installers, who once again triumphed in the National Customer Satisfaction award category.

Mews Windows were worthy winners in the ‘up to £250k’ category, while Rugby Double Glazing took the same accolade in the ‘£600k-1m’ category. In the ‘£1-1.5m’ section, Goliath Homeworld Ltd shared the award with Hallmark Windows (Harrogate), while Heavers of Bridport Ltd were victorious in the ‘£1.5m-2m’ category. Finally, Suffolk-based Frames Conservatories Direct Ltd were crowned winners in the ‘over £2m’ section.

The event also included table donations, a raffle and an auction to raise money for two important charities, the GM Fundraising’s ‘From Russia with Hope’ cycling challenge and We Mind & Kelly Matters, which was set up by Glazerite Group Chairman John Hewitt, in memory of his late daughter Kelly. There was some stiff competition between bidders in the charity auction, thanks to lots which included a holiday apartment package in Spain and a Mo Salah signed Liverpool FC shirt. In total, an incredible £5,500 was raised, to be shared equally among both charities.

John, who founded We Mind & Kelly Matters (www.wemindandkellymatters.co.uk) this year, set up the charity to help raise awareness of mental health and to increase and improve understanding of its impact. He says of IN’s support: “It made me very emotional when Karen Lund of Independent Network told me they were planning to raise funds for our charity at this year’s AGM. The fact they wanted to help us raise money and awareness of mental health has been fantastic and the amount raised is testament to the unbelievable effort put in by all who attended.

“On behalf of We Mind & Kelly Matters and Glazerite, I’d like to say a massive thank you to Independent Network and its members for such a fantastic contribution.”

Michelle Wright, Glazerite’s Group Marketing Manager, adds: “It’s a huge amount for a great charity, which is working hard to break down the stigma attached to mental health.

“As longstanding IN members, Glazerite is also delighted that the event was once again such a great success, and that so many of our installer partners were recognised on the night.  The team always does a great job with the event and I particularly loved how fitting the venue was for the theme this year.  It’s always a terrific night out, with some faces you don’t get to see all the time.” 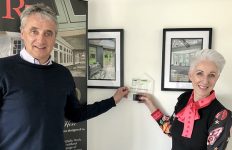 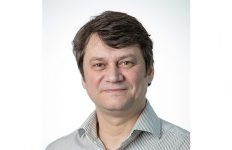 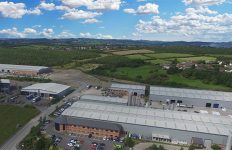 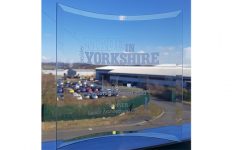