Having adopted the web-based version of AdminBase last year after running their business using the popular installer management system for more than 5 years, Andy Farrington, boss of Tamworth-based Bradley Scott Windows says that the latest changes, including Google Maps, have “made a great system even better”.

Google Maps is an integrated feature of the web-based AdminBase: “The Google Maps feature is fantastic. Although we are still learning how to get the most out of it, we can look at the map and immediately see when and more importantly, where, our sales calls, surveys and installations are scheduled,” said Andy. “We can then plan further calls for our teams to make the most efficient use of their time, and of course, we can tell our customers when we can be with them, immediately.”

A further feature of Google Maps on AdminBase is the facility to schedule demo calls. By including specific details of installations already carried out, users at Bradley Scott can see at-a-glance where installations of, for example, bi folding doors, are in proximity to an enquirer, allowing the most convenient viewings to be scheduled.

Bradly Scott Windows is well known in Staffordshire, having served the Tamworth, Lichfield and surrounding areas for more than twenty years. The company supplies a wide range of windows, doors and conservatories and is a member of the Independent Network, which represents VEKA installers. Andy is a keen fundraiser and supporter of the local community with Bradley Scott Windows the main sponsor of local football team Tamworth FC. His prominent Watling Street showroom and offices also sport a huge mural in support of the efforts of Captain Sir Tom Moore and the NHS.

Andy is an avid fan of AdminBase, which he says has been continuously updated in the time they have been working with the system, changing to the web-based version when it was released in 2020: “When we learned about the benefits of moving on to the web-based version of AdminBase last year we immediately switched,” recalled Andy. “With the changing rules of working under the pandemic it allowed us to keep on top of the business from anywhere, which gave us the added flexibility we needed.”

“AdminBase allows us to keep an eye on every part of our business,” explained Andy. “We can get a broad view at a glance by looking at the Dashboard, to then drill down for a detailed look at things. With Remedials, for example, I can see exactly what work is required, the time needed, parts…everything, to allow me to keep a tight rein on costs and time, and to ensure the homeowner is fully informed,” he said. “Every part of the operation is linked, with the information entered just once and carried through and updated throughout.”

Andy says that the support provided by An Initio Systems, the company behind AdminBase is excellent: “Through regular, online update sessions we are constantly discovering more features and improved, slicker ways of doing things,” added Andy. 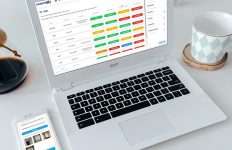 Protect Your Margins And Your Reputation With Onsite 7→ 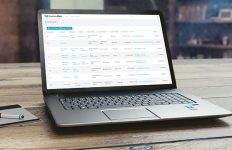 Digitize And Automate Your Business Processes In Any Configuration Imaginable!→ 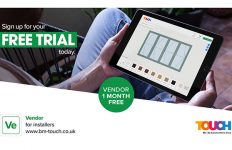