Preventing noise from disturbing nearby residents was a key planning requirement in the conversion of one of Shrewsbury’s most recognised historic buildings into the town’s first dedicated champagne bar.

Granada’s secondary glazing was specified to reduce noise emissions from Ten & Six, which occupies a magnificent black and white Grade II* Listed Building on Mardol in the town centre. Dating back several centuries, the building’s age and listed status presented some complex challenges – not least some very awkward-shaped windows.

“Nothing is level in the building, including the windows so they were a massive factor in how to treat the noise issues,” says Ten & Six owner George Marneros, whose sensitive renovation of the building had to satisfy stringent local authority and Historic England conditions. “Because of the nature of our business, especially in the evenings, reducing noise from our customers was a primary concern.

“Changing the primary windows was not an option, so secondary glazing was the obvious solution to provide the necessary noise insulation. However, being a Grade II* listed building it was imperative to appease all the relevant parties and to preserve its significant character.” 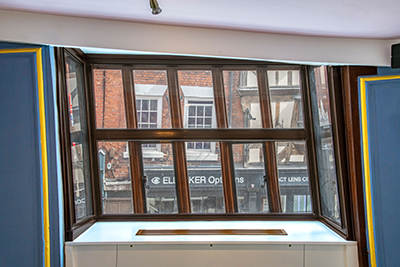 Acoustic tests were conducted to measure noise levels and assess how much these could be reduced through a secondary glazing solution. Granada Glazing’s technical team surveyed the site several times to advise on the style, function and installation of the secondary glazing to suit the building’s age, architectural needs and visibly sloping angles of the street-facing bay windows. 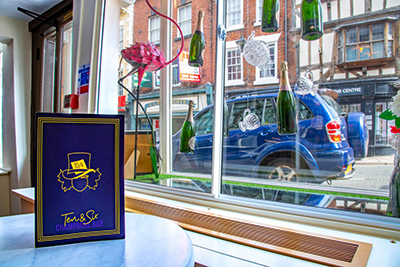 Secondary glazing is an effective and efficient way to enhance a listed building’s thermal performance and to reduce noise, with the additional benefit of increased security. For this project, the units needed to be removeable for cleaning and lockable so that customers couldn’t open them during opening hours and let out noise.

Recalling some of the project’s challenges, C-Thru’s Sales Consultant Andy Fisher says: “A critical design element was to ensure that from the outside there is no obvious secondary glazing in place; so, the mullions of the interior secondary glazing had to be exactly in line with those of the primary windows.”

As is often the case in ancient buildings, nothing is level. Andy explains: “Skilled carpenters created the timber scribing that follows the sloping lines of some of the windows to support the secondary glazing frames. Upstairs, the secondary glazing to the front two bay windows had to be made on an angle to fit the shape of the primary windows.”

Commenting on the final result, George says: “These windows are at awkward angles and thanks to Granada Glazing and C-Thru, we overcame some significant challenges in a very old building. They did a great job. and the end result is fantastic.

“No one comes in and mentions the secondary glazing, which is serving its purpose. It’s exactly how you want it to be, it blends in and is virtually invisible!” 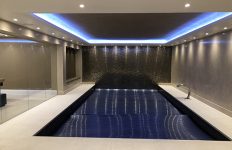 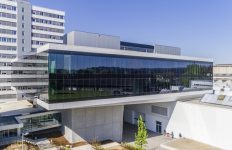 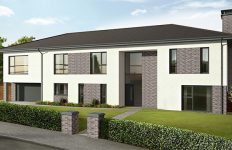 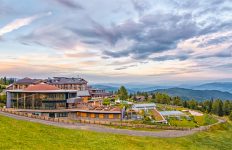