In welcome news for the UK economy and retail sector, a recent survey has revealed that consumer confidence in Britain has risen to its highest level in over a decade.

The IHS Markit household finance index, which charts the perceptions of financial wellbeing among UK households, rose in February to its highest point since records began 11 years ago.

February’s index score climbed to 47.6, compared to 44.6 in January, showcasing a growing positivity among UK consumers about their money and financial affairs. Whilst the index still falls short of the magic 50.0 – a score that indicates improving conditions that has not been surpassed since the financial crisis, it does point towards an increase in consumer spending.

With this positivity, Britons are already putting their hands back in their pockets. According to the Office for National Statistics, shoppers returned to the high streets in January to help boost retail sales by 0.9%. It’s the strongest rise since March 2019, and provided welcome relief following December’s sharp decline of 0.5%.

Barclaycard are reporting similar good news across plastic with consumer spending across their platforms rising by 3.9% in January alone.

Austin Barcley, Managing Director of industry finance principal Improveasy, believes this rise in consumer confidence and increase in retail spending will ultimately filter down from the high street and into the home improvement sector.

Austin comments: “These findings will undoubtedly be welcome news for retail-focused companies. After the challenges and uncertainty of 2019, it seems consumers are finally regaining their confidence and making the most of this newfound political clarity.

“It’s certainly the case in the home improvement sector, with our nationwide network of installers consistently writing millions of pounds of finance every month. It’s been a busy start to 2020 and we expect that trend to continue as we head into the lucrative spring season and the rest of the year.

“As shoppers return and homeowners look to improve, it’s vitally important that installers can offer the flexible payment options they now demand. Not only is more business being won and fulfilled through point-of-sale finance, but it’s proven to help installers land bigger and better sales.”

Installers can offer Improveasy’s finance packages, including 0% APR and ‘Buy Now Pay Later’ at the point of sale, with easy online applications and instant credit decisions. By using their service, companies avoid the lengthy process of becoming FCA approved. Instead, installers become an Appointed Representative (AR) of Improveasy and can offer finance options under the Improveasy banner or using their own branding.

Bohle Withdraws From Participating In All Trade Shows In 2020→

Directors Being Left Behind By The Government→ 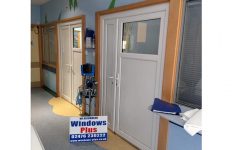 Windows Plus Steps Up To Support The NHS→ 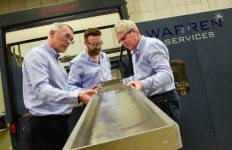