Nolan uPVC has been announced as Installer of the Year at the G19 awards.

The G Awards are a UK-wide organisation which recognises fenestration industry excellence across a variety of categories including Installer of the Year, Fabricator of the Year and more. This award epitomises Nolan uPVC’s commitment to the entire process from quotation through to after sales.

“We are extremely proud to be recognised for this award as a Welsh company when the awards cover from John O’Groats to Lands’ End with such fierce competition across the UK. To win such a prestigious award shows that being committed to quality of installation and after sales care for 30 years is what makes our company strong and it was such a gratifying moment knowing that the industry has acknowledged this commitment too. Also, to be Installer of the Year in the same year the company celebrates its 30th birthday adds to the special nature of this award.” Managing Director Nolan Nicholas said.

Nolan uPVC will continue to provide first-class service at every stage of the process and the Installer of the Year Award symbolises this commitment.

The ceremony took place at Hilton Hotel, Park Lane, London on Friday 29th November and glazing companies from across the UK were in attendance. 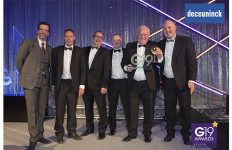 Triple Celebrations For Deceuninck At G19s→ 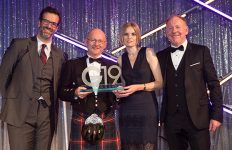 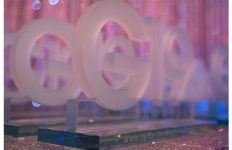 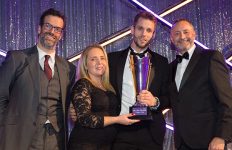