The outstanding work done by the industry’s Employers’ Trailblazer group in developing a brand new suite of apprenticeship standards specifically for the fenestration industry has been officially recognised by none other than Sir Gerry Berragon, CEO of the Institute for Apprenticeships and Technical Education.

Sir Gerry sent a personal letter of thanks to Katie Thornton, Director of Compliance and Administration at The Window Company (Contracts) and chair of the Trailblazer group, congratulating them all on their efforts.

In it, he recognised the challenge the group had faced in developing the new standards but praised their determination to see the task through so that there is now ‘a significant offer’ to employers and apprentices in this sector.

As the industry comes together to face up to the challenges and opportunities associated with increasing the skills base and attracting new, young recruits, the Trailblazer group has spent the last 18 months developing an apprenticeship standard which meets the needs of both employers and apprentices.

It has been approved well in advance of the government’s move from apprenticeship ‘frameworks’ to ‘standards’ by 1 August 2020 and is now being prepared for delivery by employers and training providers across the UK.

As well as Katie Thornton, other members of the Trailblazer group include representatives from the likes of Kommerling, Emplas, Nationwide Windows, Glazerite, Senior Architectural Systems, Nichols and Clarke Glass, Prentice Glass and Cornwall Glass, as well as the GGF and the CAB.

Singled out for praise by Sir Gerry however was Thomas Jeavons, who was the volunteer facilitator for the group and who worked tirelessly in his own time to drive the project through and ensure that the final submission was made on time.

Katie Thornton commented: “This has been a mammoth task to get standards in place which will be used for decades to come to train thousands of individuals in fenestration fabrication, installation and eventually in curtain walling as well. It means a huge amount to see that recognised by Sir Gerry, and I’m especially delighted for Thomas who deserves so much of the credit.” 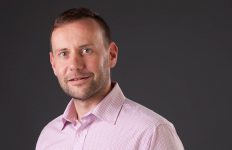 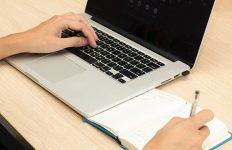 The New FENSA Training Academy: NVQ Up To Level 7 With No Classrooms, No Exams→ 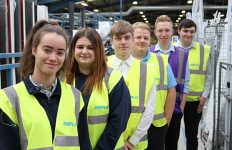 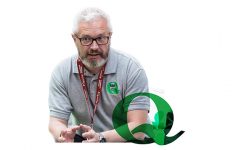