Members recently met at the Vermont Hotel in Newcastle to hold their third and final meeting of the year.  Present were members representing powder coat manufacturers, pretreatment systems suppliers and powder coat applicators, with the meeting chaired by Alan Maginnis of Sprint Coatings.

The meeting begun with an overview of potential new applicators wishing to join the association of which two were close to being approved and two further applicators were yet to have initial inspections.  The QUALICOAT UK & Ireland association can only approve membership and award a QUALICOAT licence once the applicant can prove that their equipment, procedures and quality of finishing meets the latest, sixteenth edition of the QUALICOAT standard.  The association also wishes to make it very clear that they welcome any company operating in the architectural powder coating sector to apply for membership of the UK & Ireland association which is part of the global QUALICOAT association based in Zurich.

An update was offered on the use of hexavalent chrome as a pretreatment system.  Whilst QUALICOAT is committed to the move to chrome free alternatives for pretreatment, there is no further deadline set at the moment by the ECHA to ban its use in the architectural coatings industry. It is noted however that when new pretreatment plants are being installed, they are being set up as chrome free systems as there are less effluent issues to deal with. Some 69% of global powder coaters have moved to chrome-free alternatives for their aluminium pretreatment prior to powder coating of profiles.

QUALICOAT UK & Ireland recognises that the new draft BS EN 12206-1 ‘Paints and varnishes. Coating of aluminium and aluminium alloys for architectural purposes. Coatings prepared from coating powder’ is out for comment prior to it being published. The updates broadly follow the continuous work that QUALICOAT has done since the last iteration of the standard in 2004.

Training remains high on the agenda for powder coaters laboratory personnel. Laboratories regularly inspect and test on-going powder coating production and it is this crucial part of the operation of a powder coat applicator, which maintains their licence as a QUALICOAT approved applicator. The next laboratory training programme is to be held at the AluK powder coating plant in Chepstow at the beginning of October. Training is mandatory for all applicators at least every two years. More information is available on the QUALICOAT UK & Ireland website.

Always changing and developing, QUALICOAT has announced that an international working group has been set up to look at developing an even tighter specification for QUALICOAT which will further enhance the life expectancy of architectural coatings.

Copies of the new sixteenth edition of the QUALICOAT Standard is available through the UK Association website, together with an up-to-date list of approved Powder Suppliers, approved Pretreatment Suppliers and licensed Applicators. 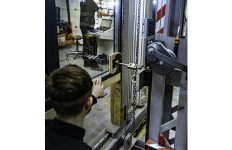 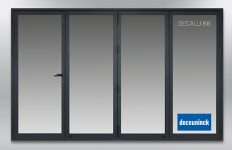 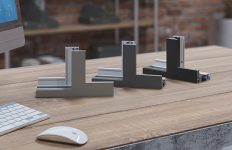 Stand Out Features From Stellar→