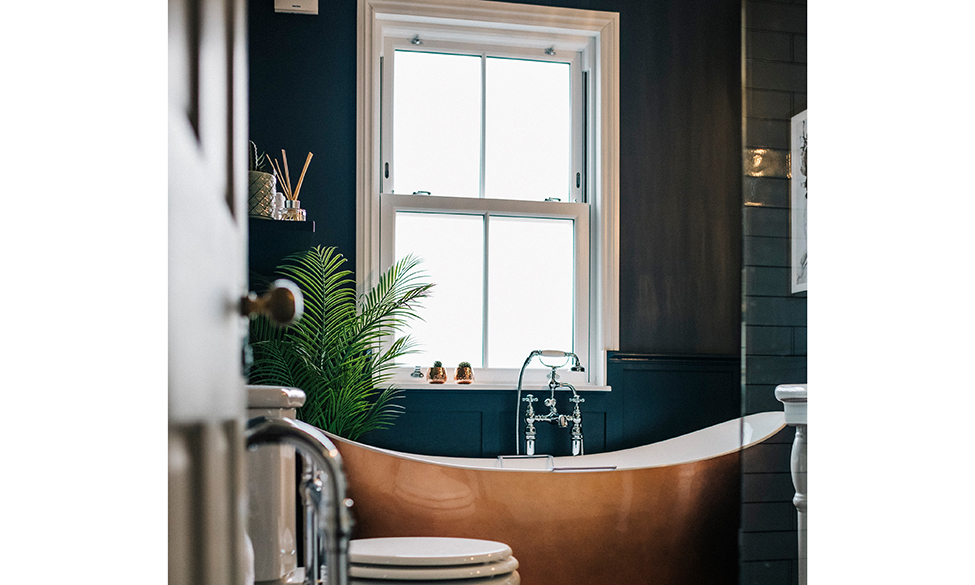 “Sash window sales are soaring. Why? Because they tick all the boxes”

Sash window experts Victorian Sliders have experienced record-breaking sales in the first half of 2021. Marketing Manager Geoff Bishop gives his thoughts on what’s behind the ongoing boom.

Last March, I don’t think any of us could’ve predicted the situation our sector would be in nearly 18 months later.

Back then, prospects looked bleak – society was on the brink of shutting down almost entirely.

But Victorian Sliders, and dozens of other businesses across the glass and glazing sector, went on to enjoy the most successful year in our history.

Between March and August 2020, mortgage comparison site money.co.uk estimates UK homeowners spent a staggering £55bn on home improvements – and even in 2021, that enormous demand shows no sign of slowing.

According to Barclaycard, home improvement spending rose 34.4% in March this year – the biggest surge since July 2020, when the first lockdown lifted.

At Victorian Sliders, we’re seeing that translated into huge numbers of sales and orders – which means we’re confident that millions of homeowners are being specifically drawn to quality sash windows like our own much-celebrated ECOSlide. 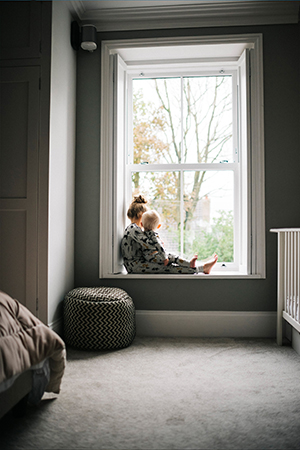 Why is that? There’s not one simple answer.

In part, we think it’s the continuation – and acceleration – of a trend that’s existed since the 2000s.

Once, choice in glass and glazing was extremely limited. The vast majority of the windows sold and installed in Britain were PVCu casements, and most of them were white.

Then, in the years that followed, there was an explosion of choice. Manufacturers began offering a whole range of different, more stylish products, as homeowners began to treat doors and windows more like an extension of their interior décor.

Now, the experience of living under lockdown has pushed home improvements up the priority list for millions of people around the UK, and they’re eagerly seeking out products that can add to the character and curb appeal of their properties.

That’s also likely to have been driven by the estimated £180bn homeowners are thought to have saved during the course of the pandemic. Much lower fuel and commuting costs for many, combined with the fact costly luxuries like foreign holidays have been off the table, has allowed them to invest in higher-end home improvements.

That means sash windows, with their timeless, elegant aesthetics, are benefitting hugely.

Once widespread across the country, sash windows declined throughout the twentieth century following the development of the first PVCu casements – but over the last twenty years, they’ve staged a major comeback.

People with older properties are increasingly seeking to restore their historic character, by replacing the casements that have been installed in the decades since with much more authentic alternatives.

But even people living in much more modern properties are embracing sash windows, too.

Not just for heritage

In recent years, there’s been a noticeable rise in the number of new-build developments designed to have a traditional look and feel – hundreds of ECOSlide windows have been installed in houses of this kind built by Hope Homes in West Kirkbride, for example.

Even people living in contemporary-style homes are realising that sash windows can be used to add personality to their properties.

The reason we’re seeing such huge demand for ECOSlide in particular, though, is that it offers everything homeowners want from a sash window, without their traditional downsides.

Early sash windows were exclusively made of timber – which meant they offered great aesthetics, but came with a wide range of drawbacks.

They required extensive maintenance to keep looking their best, including regular sanding and painting – and if homeowners didn’t keep on top of that heavy workload, the windows would quickly start to deteriorate.

But today, with the huge advances in window technology that have been made by forward-thinking manufacturers like Victorian Sliders, thousands of people around the country are enjoying sash windows without those issues.

With products like ECOSlide, you get windows that offer authentic timber-look aesthetics, easy maintenance and excellent thermal efficiency, all while minimising the impact on the environment.

ECOSlide comes with an ‘A’ Window Energy Ratings as standard (A+ ratings with an Argon-filled unit) and is extremely secure – unlike many competitor products, it uses top and bottom toughened glass as standard, and features an anti-jemmy bar.

It’s also available in a vast array of foils and any RAL colour, as well as offering run-through sash horns.

“Don’t miss out on booming interest in sash windows – contact Victorian Sliders today, and find out why we’re trusted by thousands of installers countrywide!” 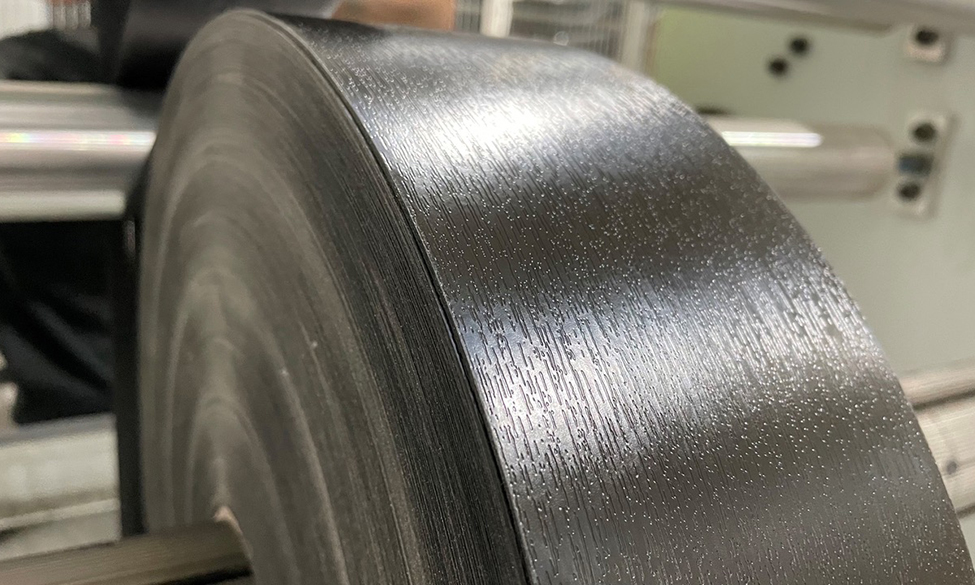 Quickslide’s designated supply partner of foiled profile has expanded and increased capacity, reducing lead times for stock woodgrain VS windows to less than two weeks. According to Quickslide, at a time when many other fabricators are experiencing significant...

END_OF_DOCUMENT_TOKEN_TO_BE_REPLACED 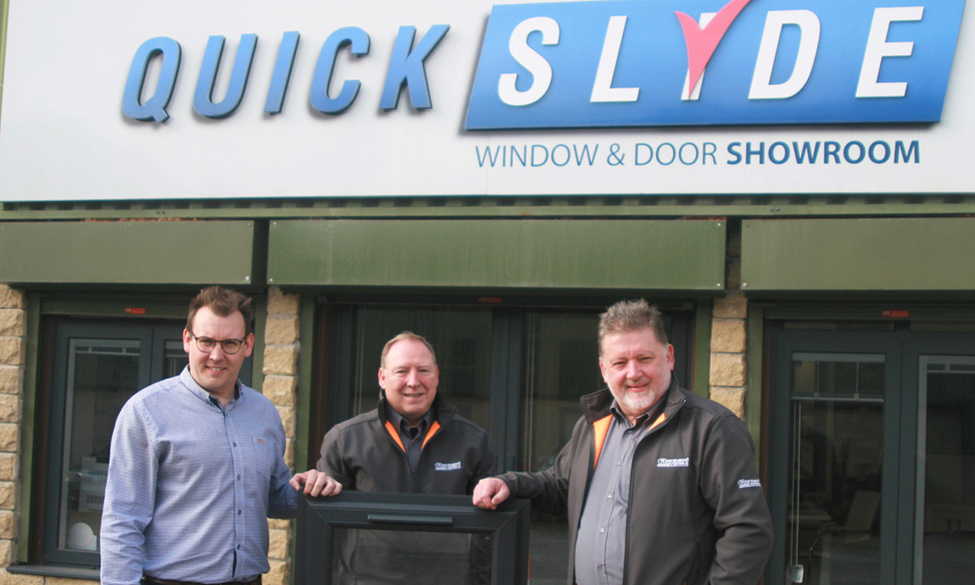 Image Above: (L-R) Quickslide’s Tom Swallow with Mick Davies and Dean Bradley of Glazpart With the controversial Part F of the revised Building Regulations coming into force on June 15th this year, trickle vents will become a requirement on the majority of windows...

END_OF_DOCUMENT_TOKEN_TO_BE_REPLACED 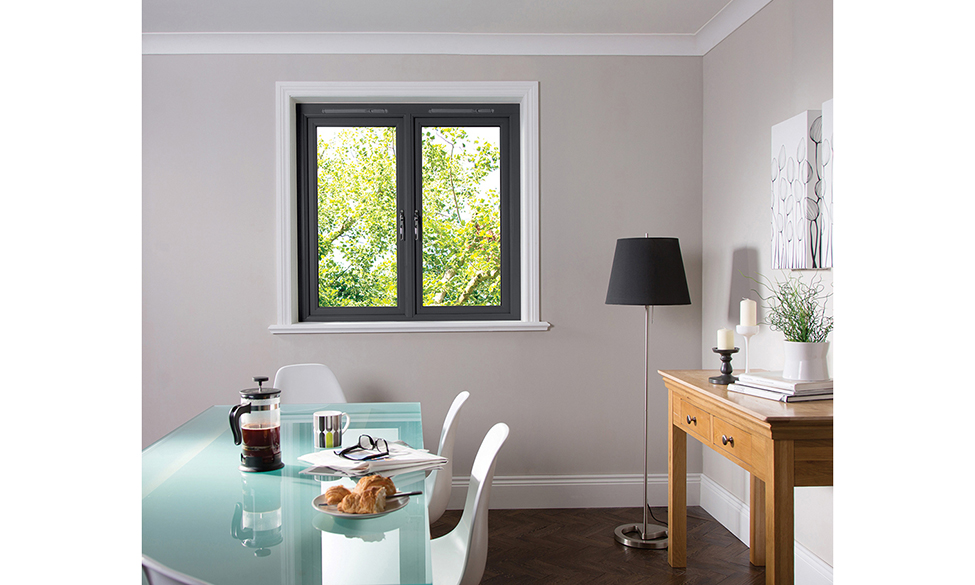 Jeld-Wen has launched Stormsure Express; a collection of coloured timber windows with delivery from 10-days. In response to growing industry and consumer demand for reliable, easy-to-install, high-quality products that can be delivered within a short timeframe,...

END_OF_DOCUMENT_TOKEN_TO_BE_REPLACED 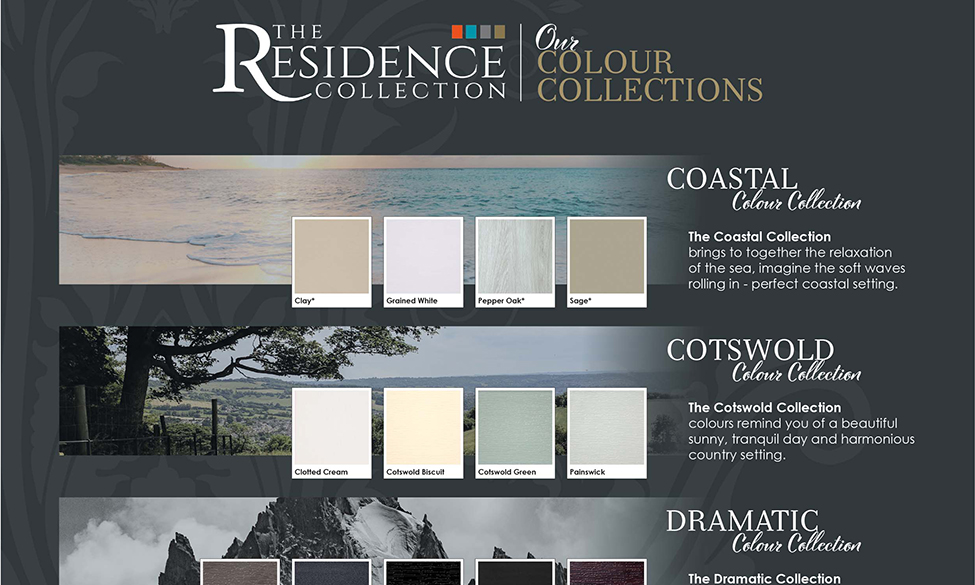 New Colours For The Residence Collection

The Residence Collection, has added 10 distinct new colours to its range of innovative windows and doors. Launched across its three collections, R2, R7, and R9, the new colours combine time-honoured traditional aesthetics with innovative contemporary design. The...

END_OF_DOCUMENT_TOKEN_TO_BE_REPLACED 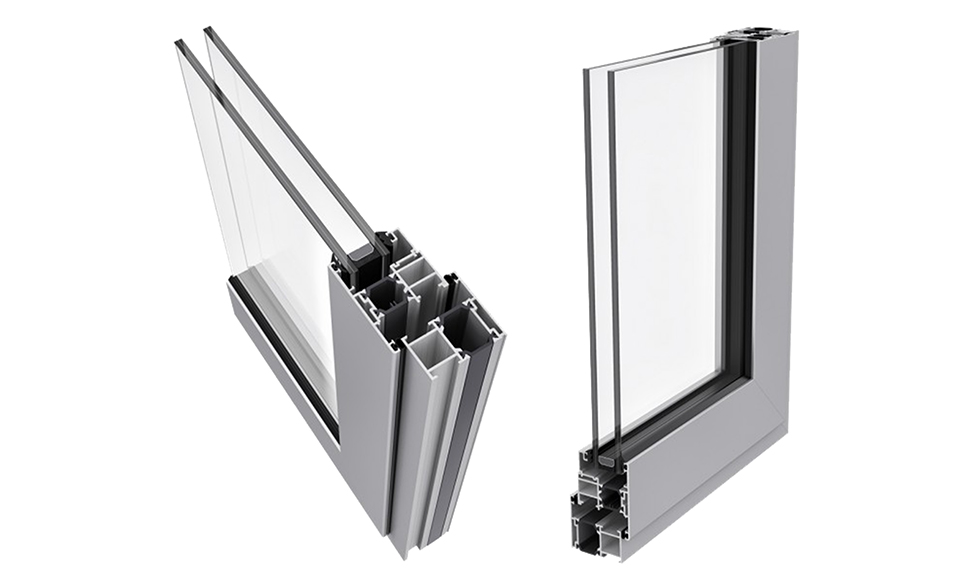 The KC51 window system from Exlabesa Architecture UK has now been accredited to PAS24 standard. PAS24 is one of Britain’s most widely recognised minimum security standards. To achieve it, the KC51 was subjected to rigorous testing under strict laboratory...

END_OF_DOCUMENT_TOKEN_TO_BE_REPLACED 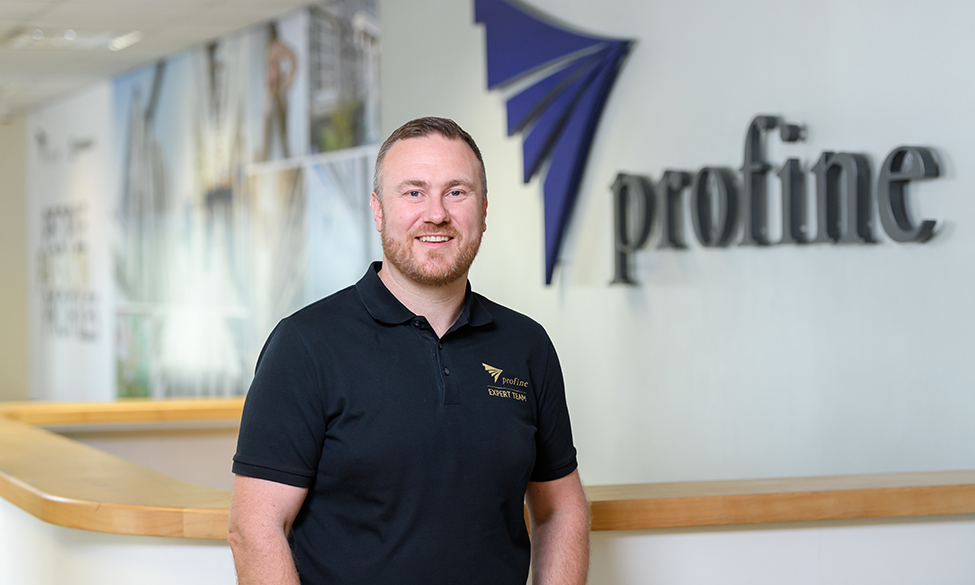 Kömmerling Sets A 1.2 U-Value As Standard

Image Above: Andrew Charlesworth With an reputation for product innovation and performance, Kömmerling have now stated that their C70, O70 and new 70mm flush sash systems all meet a U-value of 1.2 W/(m2k) as standard. Kömmerling says that in an era where some...

END_OF_DOCUMENT_TOKEN_TO_BE_REPLACED 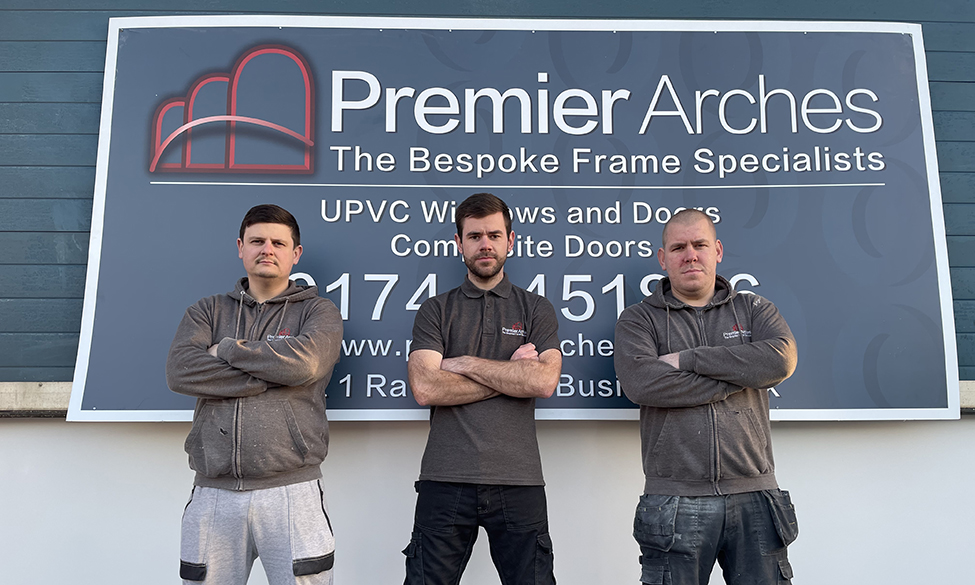 For PVC fabricators, manufacturing square window and door frames is a process that could be done with their eyes closed – after all, it’s something they’ve perfected over decades. But when it comes to arched frames, investment in new profile bending machinery is...

END_OF_DOCUMENT_TOKEN_TO_BE_REPLACED 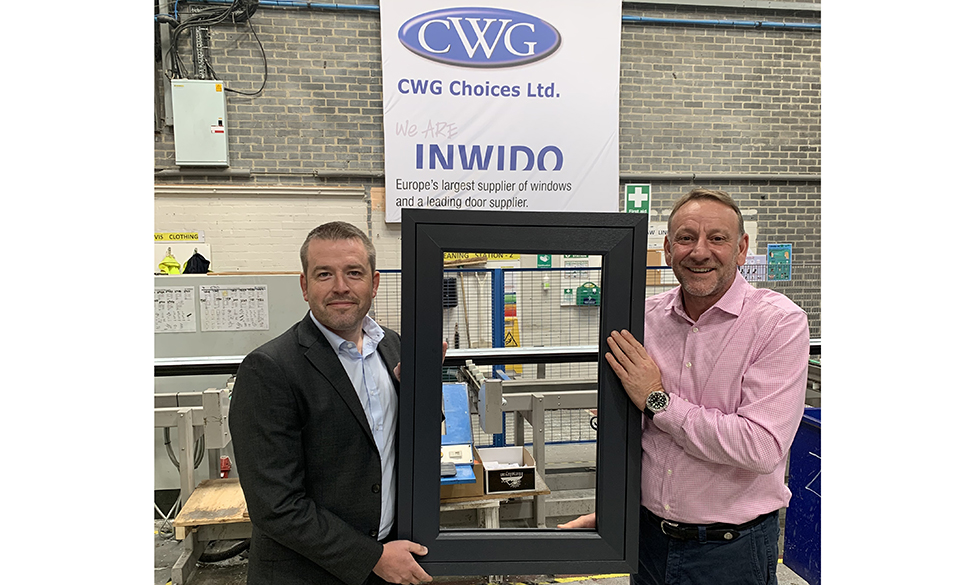 CWG Choices have been an active launch partner for Kömmerling’s new flush sash that the company describes as ‘super energy efficient, boasts 6-chambers and carries a number of other unique design features’. With development work carried out at their Aldridge...

END_OF_DOCUMENT_TOKEN_TO_BE_REPLACED 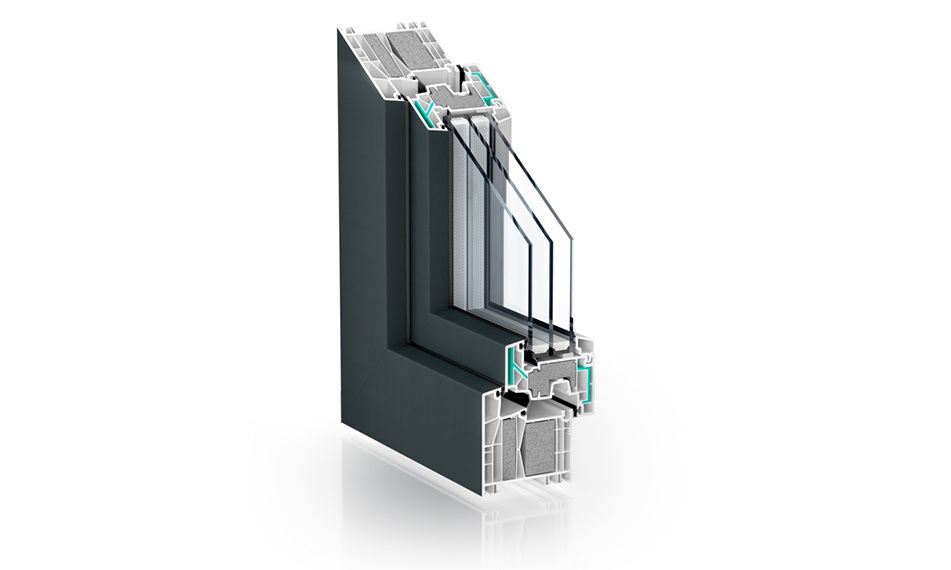 Passive House In Colour With Kömmerling

proStratoTec is the new technology from Kömmerling and with their System 88 tilt and turn platform they can now achieve the Passive House according to Dr. Feist Standard in full colour, claims the company. Thanks to an innovative manufacturing process, the...

END_OF_DOCUMENT_TOKEN_TO_BE_REPLACED 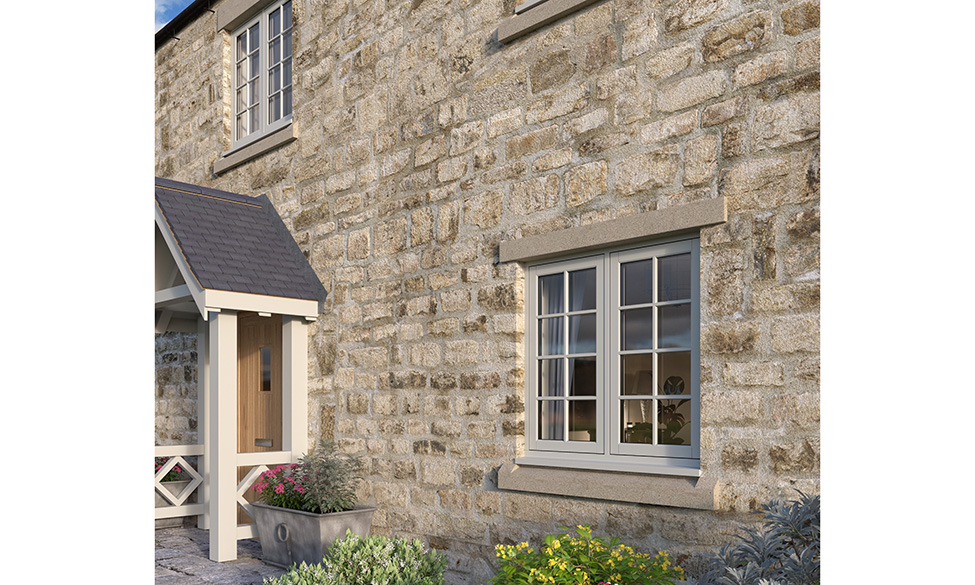 Kömmerling’s Getting Flushed For The Future

Kömmerling has just launched a new 6-chambered flush sash profile for its 70mm platform that will achieve a U-value of 1.2 (W/m2K) as standard and in line with the eagerly anticipated new building regulations for the new housing and replacements sectors. Available...