Senior Architectural Systems is celebrating after winning one of the top prizes at the Construction Marketing Awards for the successful launch of the company’s first ever Aluminium Day.

The fenestration systems manufacturer was presented with the ‘Best Social Media Campaign’ award in recognition of the online event that was hosted by Senior back in March 2019.  Aluminium Day was launched in order to raise awareness of the versatility of the metal, from its popularity as a building material and use within the food manufacturing industry to its role in transport and aerospace design, as well as celebrating the success and skills of those who work with the material.   Attracting contributions from across the fenestration and construction industry, the campaign reached a wide and varied audience – with the #AluminiumDay hashtag being used in four different countries and seen by nearly 200,000 people.

Plans are now underway for the next event which will held on Friday 13th March 2020. The date itself, the 13th day of the third month, gives a nod to the fact that aluminium is the third most abundant metal in the world and its atomic number is 13. As well as making a note of the date, Senior is keen to encourage as many people and companies as possible to get involved and get tweeting.

Commenting, Senior’s marketing manager Jonny Greenstreet said: “The first ever Aluminium Day was a huge success and helped to generate some great conversations across a variety of social media platforms.  It was great to see so many of our customers and supply chain partners joining in and using the hashtag to get their own messages out to a much wider audience.  We will of course be posting our own content but it’s really just a day to celebrate aluminium and those who work with it, and that’s a sentiment that everyone can get behind!”

As well winning the top award at the Construction Marketing Awards, Senior’s Aluminium Day campaign was also highly commended at the recent Chartered Institute of Public Relations (CIPR) PRide Awards.  Further updates about Aluminium Day 2020 and how to get involved will be available soon via Senior’s social media channels. 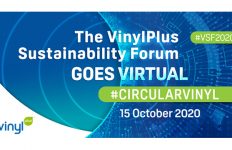 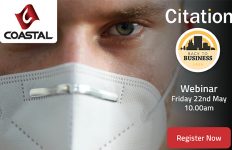 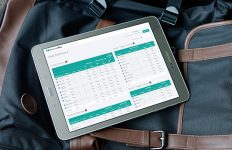