Mighton has underlined the credentials of the Avia smart lock as the most secure product of its type on the market, thanks to what it describes as an unbeatable combination of traditional mechanical hardware, recently approved by independent test house, Sold Secure, and market leading software that is designed to work with Apple’s HomeKit security ecosystem, regarded as the most secure platform available.

Avia was designed from the offset to incorporate the very best levels of security for both its mechanical and electronic elements. It was the first smart lock to achieve the Government’s Code of Practice for consumer Internet of Things (IoT) security, earning accreditation from the British Standards Institute (BSI) as a result, as well as recognition from the European Telecommunication Standards Institute (ETSI TS 103 645), the first globally applicable standard for consumer IoT security. More recently, Avia was subjected to rigorous manual attack tests at Sold Secure’s facilities in Rugby, where, thanks to its inherent strength it became the first smart lock to ever meet the criteria for SS301 Silver approval.

As the world’s first Apple HomeKit compatible smart lock to be developed for lever operated multipoint systems, Avia can be controlled via iPad, iPhone, Apple Watch, keypad and fob, and gives users access to a full audit trail that records all its activity. Access for additional users can also be granted, and controlled, via the app from anywhere in the world.

In addition, Avia features bespoke software designed to prevent any ‘man in the middle’ interception, plus the option for facial recognition as an additional layer of security.

Mighton’s chairman, Mike Derham, commented: “Despite the surge in interest in smart home products, many homeowners are still wary about the security credentials of smart locks, believing them to be vulnerable to ‘hacking’ and preferring the peace of mind that a traditional lock provides when it comes to securing their property. With Avia however, there are no such concerns, as we have proven it to be the most advanced and secure smart lock available.

“Not only does Avia benefit from the security that the Apple iOS operating system provides, which includes 265-bit data encryption to mitigate the threat of hacking attempts, but it also incorporates a manual key – unlike other smart locks on the market – which is crucial to winning homeowner confidence in the technology. Plus, in the highly unlikely event that there is a technical issue, homeowners know that with Avia, they can still maintain access to their property, manually.” 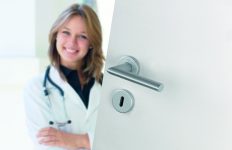 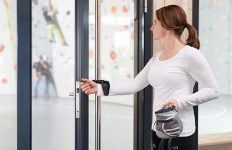 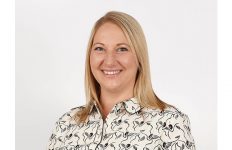 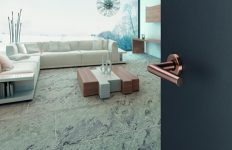