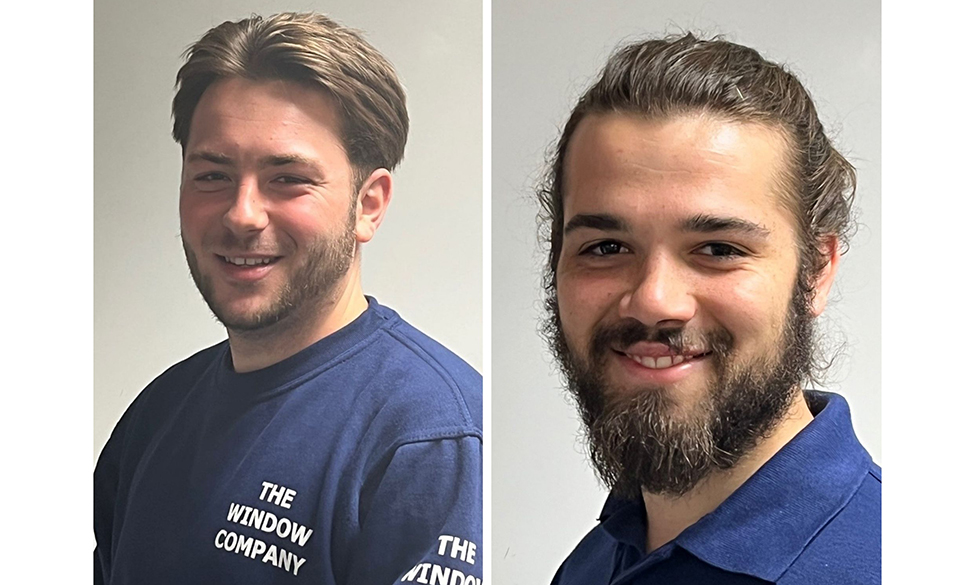 The Window Company (Contracts) Says Kickstart Was A Missed Opportunity

Three months after the deadline passed for hiring unemployed 16-24 year olds under the government’s much vaunted Kickstart scheme, The Window Company (Contracts) has asked why a scheme with so much potential to attract new young talent into the industry failed to deliver in anything like the numbers it promised.

Kickstart provided employers with 25 hours a week of subsidised wages at National Minimum Wage for 6-month work placements and £1500 towards providing employability training, yet only 100,000 of the 250,000 targeted places were filled by the March 31 cut-off date.

The Window Company (Contracts) took on Oliver Dixon and Adam Harman under the Kickstart scheme at the start of the year and, at the end of their six months, both have now been offered permanent jobs as trainee window fitters.

Katie Thornton, director of compliance and administration at the Chelmsford-based commercial installation business said Kickstart was the ideal way to give Oliver and Adam a taste of the industry and see whether they had what it takes to build a successful career.

She explained: “We provided a comprehensive training programme which included: manual handling, working at height, asbestos awareness, and loading and unloading and that would have benefited them even if they hadn’t stayed with us. However, both fitted in from the very beginning and showed the kind of commitment and enthusiasm which meant we were delighted to offer them permanent roles.

“We would have been willing to deliver multiple cycles of Kickstart placements as the scheme really worked for us. It certainly had the potential to become a pipeline to attract young people who might never have considered a career in fenestration onto apprenticeships or higher-level training courses. However, it has been replaced by a Way to Work employment matching scheme, which carries none of the subsidies or training grants which made Kickstart a useful way of giving young people on Universal Credit a real chance.

“In terms of timing, it was obviously difficult for some employers to offer Kickstart placements while lockdown restrictions were still in place, and I know some struggled to attract youngsters who had been long term unemployed, but others were simply not aware of the potential benefits. Closing the scheme early, when we were still in the midst of a skills shortage, seems like a real missed opportunity”

Oliver Dixon would certainly agree: “I’m really excited to have this opportunity to train for a long-term career. I’m learning new skills every day. I can already see myself, in five years or so as a lead fitter, leading a professional and productive team on a full house install.” 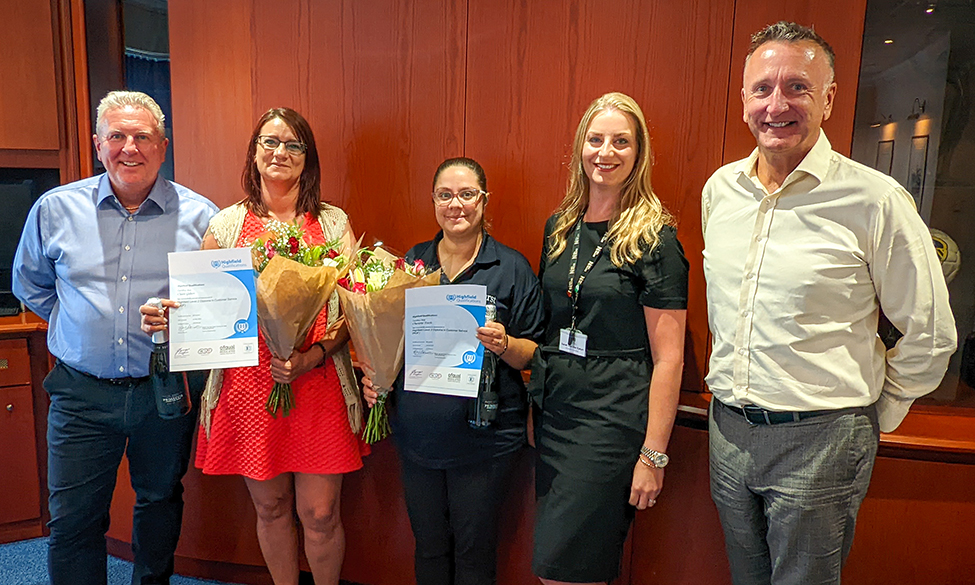 Image Above: (L-R) Kevin Wheatman, Hurst’s Director/General Manager, Claire Gilbert, Charlotte Towle, Sarah Van Der Eykyn, and Mark Atkinson. Hurst Doors commitment to caring for its customers and investing in its workforce has been demonstrated after two of its...

END_OF_DOCUMENT_TOKEN_TO_BE_REPLACED 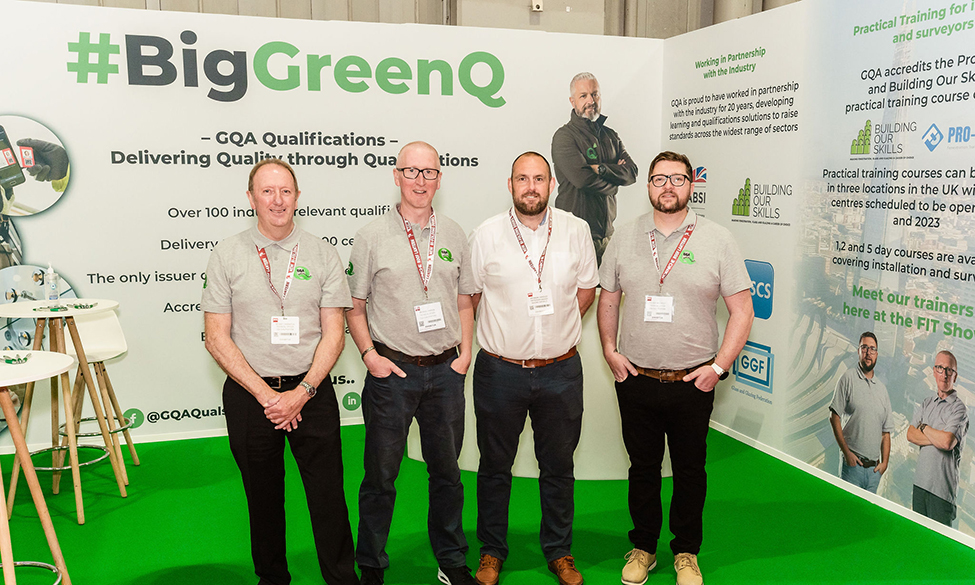 GQA Technical Team, The Latest To Volunteer To Take The Industry To The Education Sector

Image Above: GQA Building Our Skills volunteers Building Our Skills - Making Fenestration, Glass and Glazing a Career of Choice has received a further boost to its campaign to take the industry to the education sector as the starting point for creating a workforce...

END_OF_DOCUMENT_TOKEN_TO_BE_REPLACED 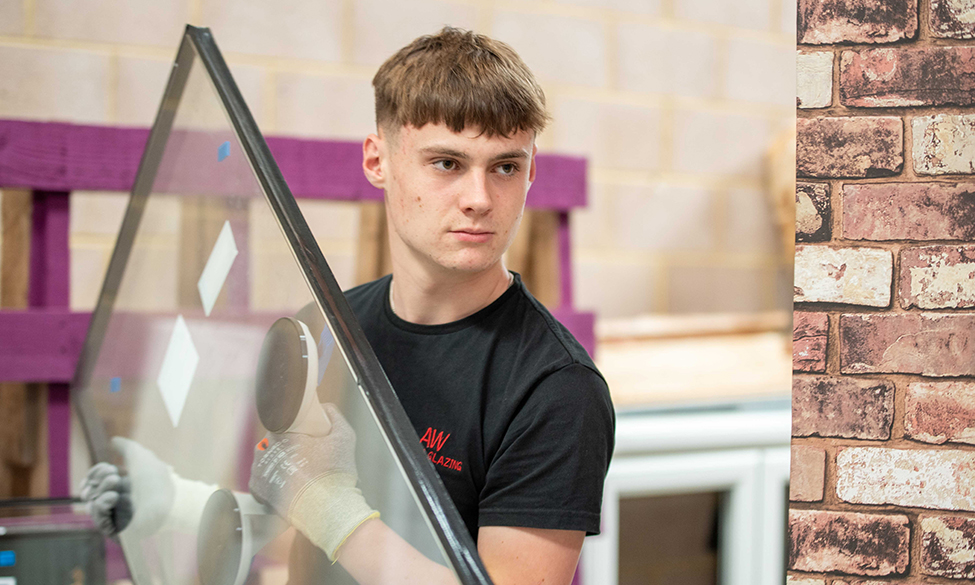 The first cohort of apprentices to join the Glass & Glazing Federation’s Skilled Pathways Scheme, recently completed a 5 day induction course at the Milton Keynes site of GGF scheme partner Total Support Training. The event marks an important milestone in the...

END_OF_DOCUMENT_TOKEN_TO_BE_REPLACED 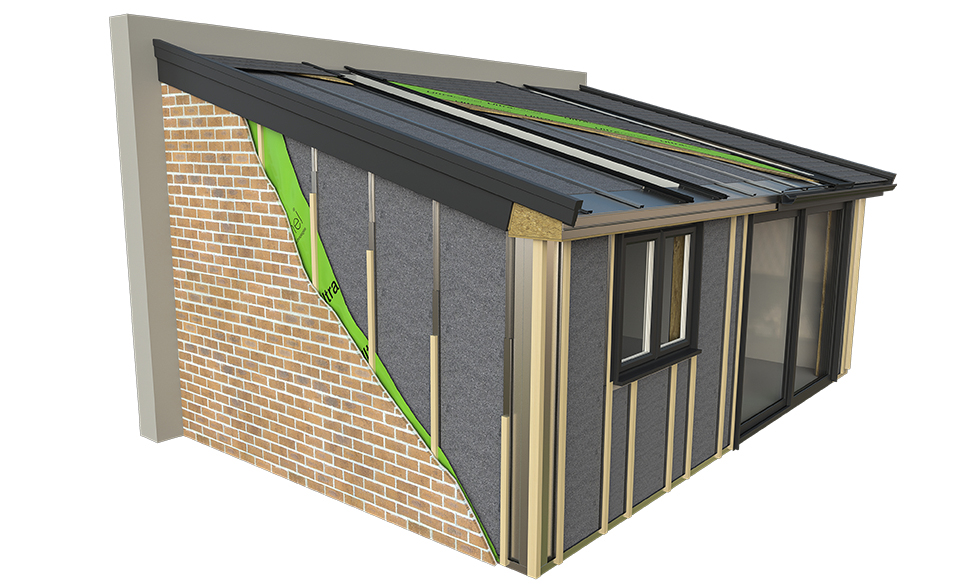 Ultraframe says those wanting to learn how to build the better way can now get ‘hup! close and personal’ with the company’s revolutionary hup! building system at a series of free of charge, hands-on training sessions at Ultraframe’s Clitheroe HQ. The new system,...

END_OF_DOCUMENT_TOKEN_TO_BE_REPLACED 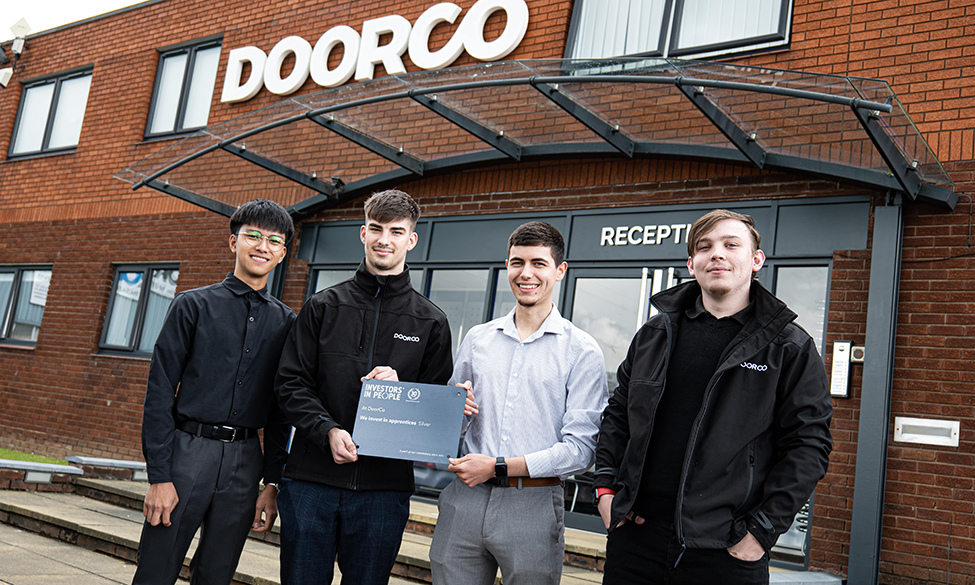 Composite door supplier, DoorCo has achieved the We invest in apprentices Silver accreditation, providing an apprenticeship framework for the business to attract and train new talent to the business. Jayne Sullivan, co-owner at DoorCo comments: “As an industry, we...

END_OF_DOCUMENT_TOKEN_TO_BE_REPLACED 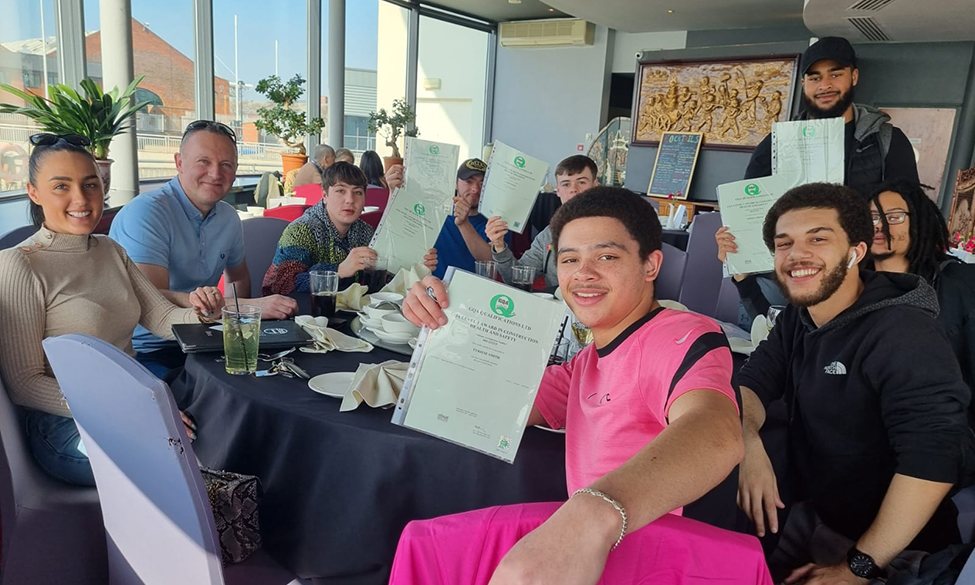 GQA In Partnership With ‘Nobody Left Behind’ Initiative

GQA Qualifications, the awarding and qualifications-writing organisation is lending its support to a progressive and life-changing initiative for young people called 'Nobody Left Behind'. The scheme combines community sports programmes with construction-related...

END_OF_DOCUMENT_TOKEN_TO_BE_REPLACED 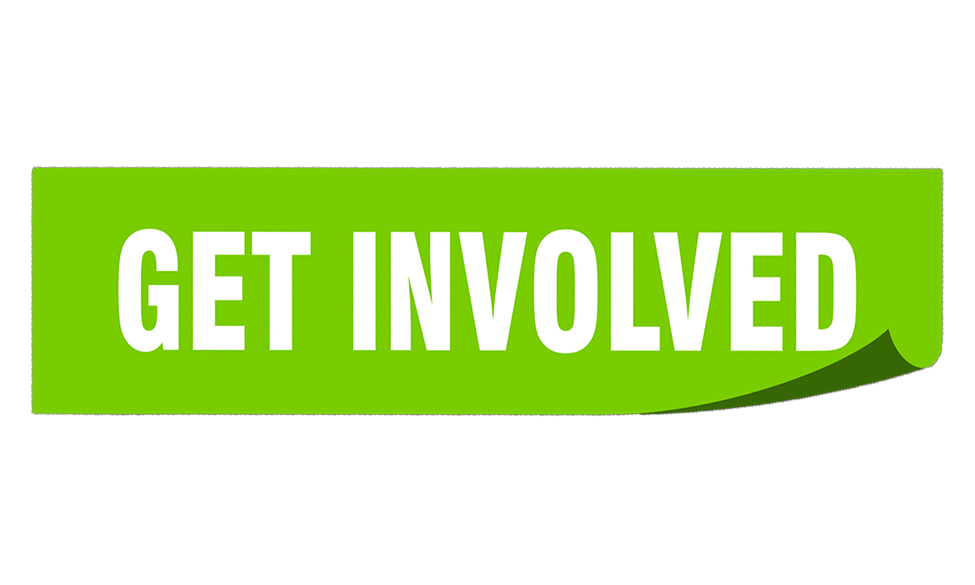 Building Our Skills - Making Fenestration, Glass and Glazing a Career of Choice has launched its action plan for the next twelve months. The plan reflects its commitment to bridging the skills gap by working closely with employers and other organisations to attract...

END_OF_DOCUMENT_TOKEN_TO_BE_REPLACED 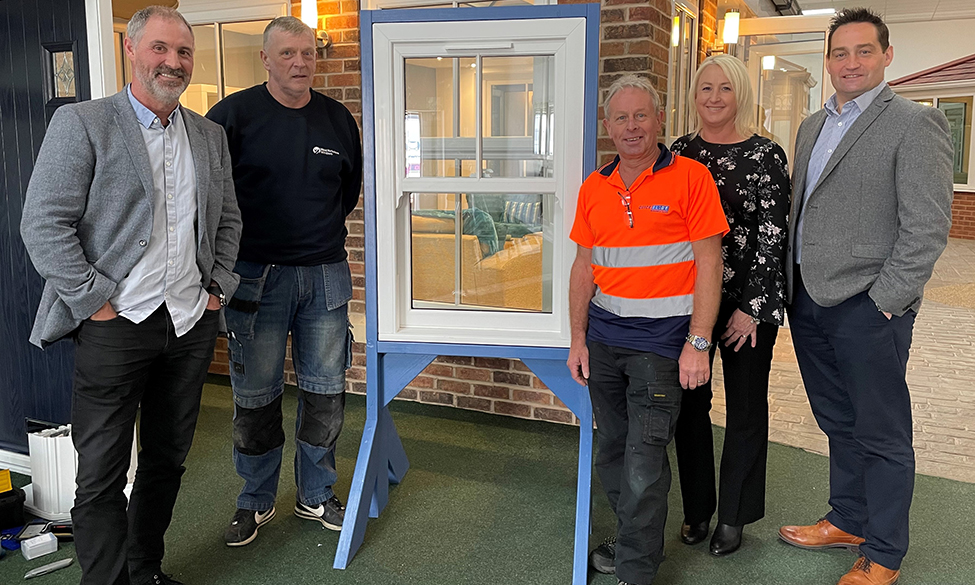 It was Benjamin Franklin who famously said: “Tell me and I forget, teach me and I may remember, involve me and I learn.” And it's a sentiment that’s very much behind Quickslide’s new training sessions for installers. Run by engineers who deliver them on site, the...

END_OF_DOCUMENT_TOKEN_TO_BE_REPLACED 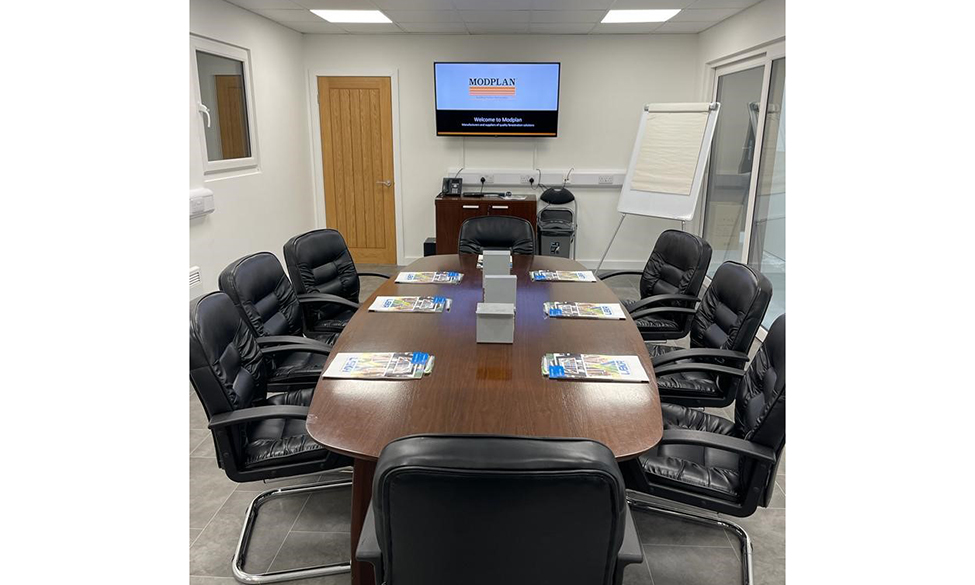 Modplan has just opened an on-site Training Academy at its Newport headquarters. Heidi Sachs, Modplan’s managing director, said: “We’ve always taken training very seriously and our Training Academy is an investment in the future of our business and the wider...

END_OF_DOCUMENT_TOKEN_TO_BE_REPLACED 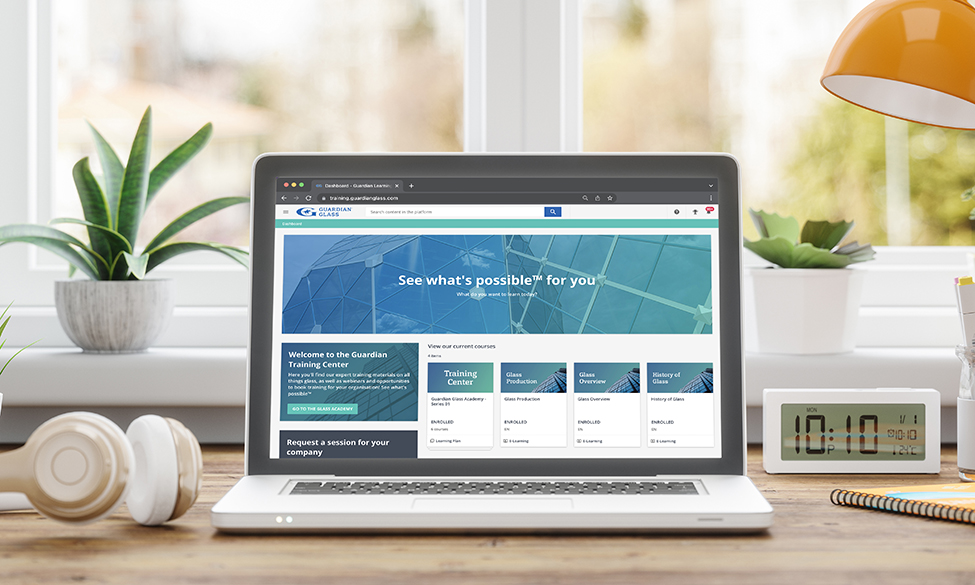 Developed to help the glass community of fabricators, processors, wholesalers, architects and specifiers learn more about glass and the role it plays as a design and building material. The new Guardian Glass Training Center is a digital learning platform that...