The “Glückauf-Halle” (gymnasium) has been completely refurbished and is now quite impressive with its clear construction, reduced materials and optimal training conditions.

Marktheidenfeld, August 2016. The pupils and sports clubs of Peißenberg are thrilled to be able to resume their gymnastics, kicking and other sports activities. Following its complete refurbishment, the “Glückauf-Halle” presents itself with clear forms in a light, airy atmosphere. The Munich architects Haindl + Kollegen were responsible for every aspect of construction and fitted the entire west façade with functional glass from OKALUX, affording comfortable daylight conditions in the interior.

Respectful Treatment of the Existing Construction

Gymnasiums rom the 1970s often have constructional flaws and do not meet modern energetic requirements. In addition to poorly insulated building envelopes and thermal bridges, they are built of polluting building materials and have high energy consumptions. The architecture of this era is often dismal or depressing.

The multipurpose gym in Peißenberg had suffered massive damage over the years, which made it necessary to build a new roof construction and a new supporting structure, to name a few. Planners from Haindl + Kollegen carefully studied and analysed the existing construction and its architectural potentials as a basis for their design. All constructive and creative interventions were coordinated with the existing geometry and the attempt was made to create a clear distinction between the new and the old construction. Parts of the façade were completely renewed and the gutted building was reorganized in the interior. Of paramount importance was the adaptation to modern energetic requirements and a consistent barrier-free access for athletes and viewers.

An important part of the design consisted of “straightening” the existing construction. The numerous progressions and recessions in the façade as well as the differences in height of the terrain were leveled. The new roof spreads out protectively over the hall expanding over the extended grandstands of the adjacent playing field and integrating all of the areas of the sports facility in its entirety. A cubic body of exposed concrete evolves out of the roofing area in the south and marks the main entrance, serving as a generous distributor for sports hall and outer areas. A straight, barrier-free foot path – a kind of common axis – leads the user from the parking lot to the new entrance area in the South.

Following its renovation, the “Glückauf-Halle” exudes tranquility and simplicity. The materials used, exposed concrete, fiber-cement plates and glass, with their somewhat rugged appearance, are sustainable and durable. The hall is also energetically fit for the future. The total energy consumption of 62.9 kWh/(m²a) is quite respectable. Because a large part of the heat had been lost through the old roof until now, significant improvements could be realized with the new construction. The post and mullion façade with the functional glass also achieves extremely good heat transition coefficients. The Ug-value of the installed OKALUX K lies at 0.9 W/m2K (0.16 Btu/(hr ft2 °F)).

The contracting community not only aimed for a permanent and maintenance-free solution for the construction but also the best possible conditions for sports activities in the interior.

Haindl + Kollegen suggested an introverted room without a direct view to the outside. The skylight bands and the translucent, fully glazed west façade enable sufficient daylight to penetrate the interior. The functional glass OKALUX K from OKALUX with capillary inserts in the cavity offers very good protection against solar radiation and high light transmission. Furthermore, it ensures evenly diffused and glare-free daylight without light and dark zones. In addition, the interior design with its predominantly white coloring acts as a light reflector.

Even at night, when people are busy with their sports activities, the refurbishment makes a clearly visible statement: the light glows softly like a beacon through the capillary glass from the inside to the outside, as if summoning the inhabitants of Peißenberg to participate in the sports activities.

For more information you can get in touch with our local partners.
We are present in nearly every country. Check here:
http://www.okalux.de/en/contact/partner-worldwide.html 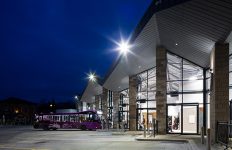 Senior On Board At New Transport Hub→ 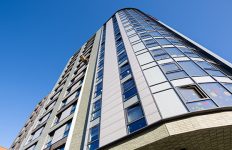 Senior Opens Up The Toybox→ 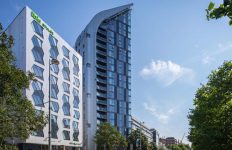 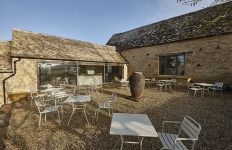