Built on a solid 20+ year heritage as one of the leading networks of the UK’s most trusted independent installers, Network VEKA invested significantly in consumer research to identify opportunities to better connect with consumers.  The research confirmed that the Network VEKA ‘recipe’ is fully aligned to consumer needs and exactly what they are looking for, however its ‘packaging’ required improvement to better engage with homeowners.

Member companies – many of which have been part of the pioneering installer support organisation since its advent in 1996 – got their first look at Independent Network’s new branding at the recent Members’ Weekend.

Dawn Stockell, Marketing Director for The VEKA UK Group unveiled the new branding. She commented: “Network VEKA has worked tirelessly to become a beacon for consumers who have lost faith in the home improvement industry. When the organisation formed, the double glazing trade was synonymous with shady salespeople and guarantees that weren’t worth the paper they were printed on. Conversely, our goal has always been to provide ultimate consumer confidence; something that’s been strengthened with each successive support initiative we’ve introduced.

“Our ‘recipe’ – our brand purpose and values – remain unchanged. That said, the evolution of our brand identity shows that we are more consumer aware; we know what customers want and we are adapting our communication to better resonate with their needs. We’ve done much to redress public opinion in the industry with our many loyal customers. However, the mistrust that still exists elsewhere makes Independent Network – still powered by VEKA – as relevant as ever!”

Working with a specialist consumer research agency together with a leading brand strategy house, Independent Network’s brand identity was honed to promote the trust that consumers place in independent local companies over faceless national corporations.

“Independent Network’s most valuable assets are its members”, Dawn continues. “The pride they take in their work, and their readiness to be accountable is the failsafe that membership revolves around; if their customers are not satisfied, they are not suitable for this organisation.

“We stand alone in providing superior quality; local company service; the reassurance of a best-in-class insurance-backed guarantee; and the endorsement of the leading PVC-U systems supplier in the UK, Europe and worldwide.”

The organisation’s new ‘seal of approval’ style logo proudly reads ‘Independent Network – powered by VEKA’, and member companies were shown mock-ups of how the new branding would translate into marketing materials, both physical and online.

Karen Lund, Head of Partner Programmes for The VEKA UK Group added: “The progression of Network VEKA into Independent Network is the latest instalment in an incredibly exciting story for the top tier of our installer support offering. The last few years have seen our best ever sales figures; a doubling in numbers for our affiliate supplier programme; and the remarkable milestone of £1bn in sales since Network VEKA was established. With Independent Network, we aim to achieve truly nationwide coverage, and I look forward to welcoming yet more elite installers into the fold!” 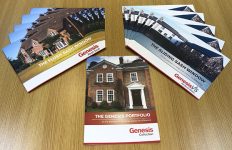 The Genesis Installer Network (GIN) Is A Tonic For Retail Installers→ 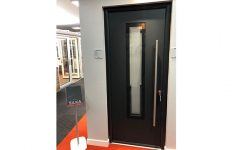 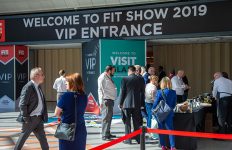 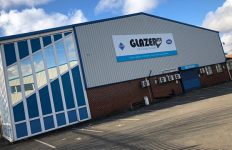