Livingston-based Window Supply Company (WSC), which manufactures and distributes high quality window products, has secured a £2m equity investment from BGF, said to be the UK and Ireland’s most active investor in growing businesses.

WSC manufactures PVCu and aluminium windows, doors and conservatories from its manufacturing facility in Livingston, supplying builders, joiners and window installation companies across Scotland through its network of 5 trade counters based in Aberdeen, Dundee, Glasgow, Edinburgh and Livingston.

WSC’s current team of 40 is led by chief executive Duncan Murray, alongside operations director Martin Linden and executive director Ron Hepburn, all of whom have extensive experience in the industry. Murray, Hepburn & Linden founded the business in March 2019.

The company will use the investment received from BGF to support its plans to scale the business on the back of significant customer demand. WSC is aiming to grow its manufacturing capacity three-fold over the next five years, as well as more than trebling its number of trade counters. There will also be significant investment in people, with staff numbers expected to more than treble over the next three years to 125.

Duncan Murray, CEO of Window Supply Company, said: “Our trade counter model and the high standards we demand when it comes to quality and service have combined to help us gain strong market traction in a short space of time. There has been an increasing market shift towards trade as the primary route to market for windows, doors and conservatories and the response we have received from customers has given us the confidence to embark on this ambitious expansion plan.”

Ron Hepburn, executive director of WSC added: “From a standing start less than a year ago, the business has achieved strong revenues and we are forecasting that demand will almost double within the next 18 months. We believe there is significant opportunity to replicate our business model in other geographies. To deliver on this growth potential the business needed investment and we are delighted to have secured this funding from the team at BGF.”

Patrick Graham, Head of Central Scotland & Northern Ireland at BGF, said: “WSC is a relatively young company but its founders and management team have vast amounts of experience and an established track record of growing businesses in this sector. We know from working with them previously that Duncan, Ron and Martin have a clear focus on providing high quality in both their products and their customer service and we are excited by the prospects for the future growth of the company.

“The team has set ambitious but achievable growth plans to replicate its model across a broader geography and we are delighted to be providing the funding and support to execute them.”

As part of BGF’s investment Maurice McBride will join the company as non-executive chair. McBride is a seasoned non-executive director who has worked with numerous growth companies across the UK, including Premier Hytemp and Parklands Group, an Aberdeen business also backed by BGF. McBride will work closely with the team and will bring his expertise, guidance and knowledge to support management’s growth plan.

BGF provides patient capital to businesses with revenues typically between £5m and £100m in exchange for a minority, non-controlling stake. It initially invests between £1m and £10m and can provide additional funding to support further growth.

BGF has provided more than £250m of patient capital to Scottish businesses over the past 8 years. Its current portfolio companies in Scotland include M Squared Lasers, Walker Precision and Keenan Recycling. 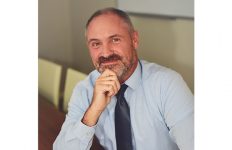 We Should All Learn From Aperture Trading’s Demise Says Barraclough→ 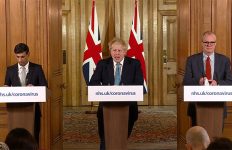 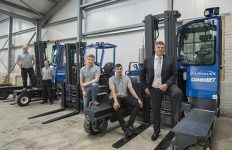